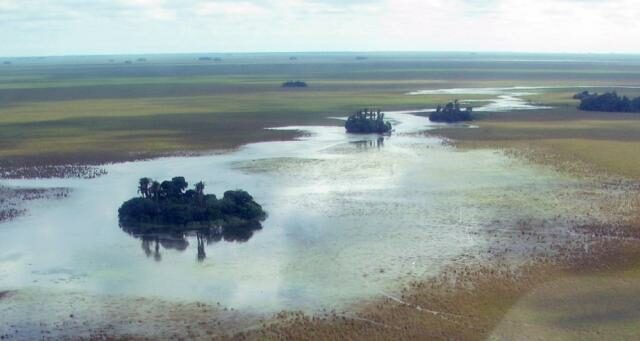 Supporters of World Land Trust’s (WLT) Buy an Acre programme have funded 3,306 acres for the purchase of Beni savanna habitat in Bolivia.

This land purchase was a team effort from WLT’s conservation partners, as these 3,306 acres were part of a purchase of 14,827 acres, doubling the size of Barba Azul Nature Reserve.

As well as funding from WLT’s Buy an Acre programme, our Bolivian conservation partner Asociación Armonía received support from other organisations including American Bird Conservancy, IUCN National Committee of the Netherlands (supported by the Dutch Postcode Lottery) and Rainforest Trust. The purchase was completed on 30 December 2013.

WLT launched its Buy an Acre in Bolivia appeal at the start of 2013, with the intention of raising funds specifically to assist with this extension to the reserve. Throughout the year, WLT supporters raised enough for us to fund 3,306 acres of this purchase.

“We are delighted that Armonía has successfully completed the purchase of the Barba Azul extension,” said John Burton, WLT’s Chief Executive. “World Land Trust was formed with the specific intention of acquiring land for conservation, and successes such as this reflect the enduring appeal of Buy an Acre projects.” 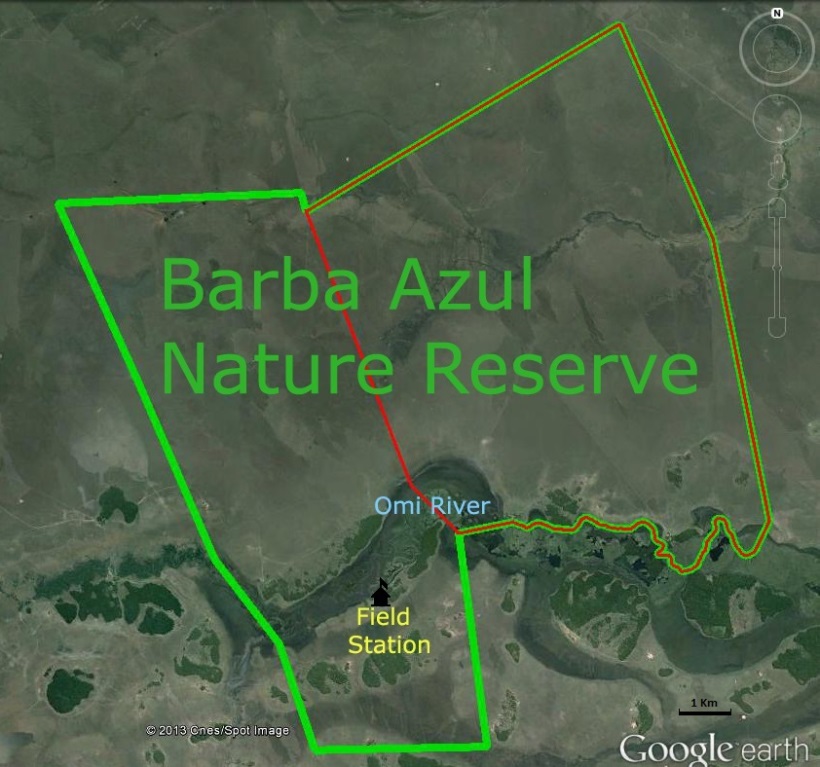 Map showing the extension to the Barba Azul Nature Reserve, which was part funded by WLT’s Buy an Acre appeal.

“Doubling the size of the Barba Azul Nature Reserve means that we have just doubled the odds of saving threatened species that desperately require our conservation efforts,” said Bennett.

“Species such as the Giant Anteater, the Blue-throated Macaw, the Cock-tailed Tyrant and the Buff-breasted Sandpiper are finding their habitat dwindling yearly. It is great to know that we will have a large enough area that we can protect significant populations of these species.”

“Conservation actions of this magnitude for small organisations in poor countries are only possible with outside help. We at Armonía deeply appreciate the support from World Land Trust and from all our other donors.”

Now enlarged, Barba Azul Nature Reserve is better able to protect the 27 species of medium and large mammals that depend on the Beni savanna, including the Giant Anteater (Myrmecophaga tridactyla) and Marsh Deer (Blastocerus dichotomus), both of which are vulnerable to extinction, as well as many other threatened mammals such as Maned Wolf (Chrysocyon brachyurus), Jaguar (Panthera Onca), Puma (Puma Concolor) and Pampas Deer (Ozotoceros bezoarticus).

“Doubling the size of the Barba Azul Nature Reserve means that we have doubled the odds of saving threatened species.”
(Bennett Hennessey, Executive Director, Asociación Armonía)

The Omi River at Barba Azul is the only year-round water source for a massive area, and many mammals depend on this clean water through the dry season.

The Beni tropical savanna is an area twice the size of Portugal and almost entirely ranched, with yearly massive burns to clear the way for cattle. It is a land of extreme contrasts with intensive flooding in the summer, and months of drought in the winter.

The Beni savanna has undergone hundreds of years of logging, hunting and cattle ranching, and Barba Azul Nature Reserve – the only protected area within the ecoregion – is holding back a tide of overgrazing, annual burning and the planting of exotic grass species.

After the success of the Buy an Acre appeal for Bolivia, WLT is now furthering the protection of Barba Azul and its wildlife by funding the salary of Ranger Rene to protect the reserve through Keepers of the Wild. 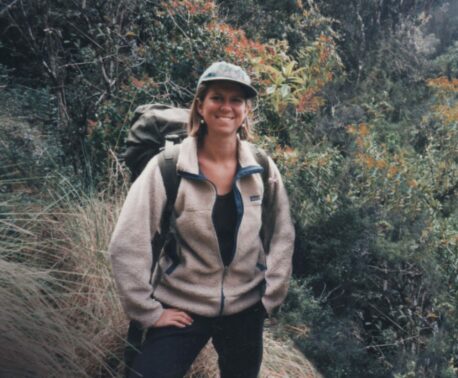 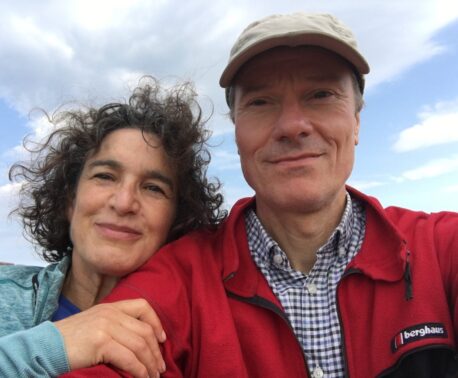