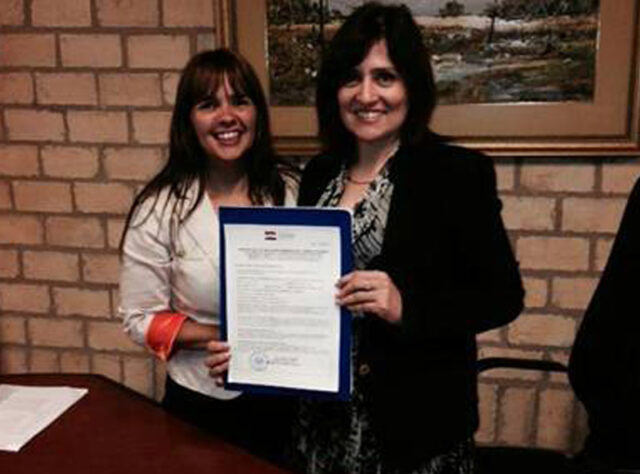 Alberto Yanosky, Executive Director of Guyra Paraguay, admitted to both joy and sadness on seeing this photograph of two of his former colleagues.

World Land Trust (WLT) has been working in partnership with Guyra Paraguay for nearly a decade and staff of the two organisations are well known to each other.

Leticia (Leti) Lopez (pictured top left) was Policy and Advocacy Officer with Guyra Paraguay and is now an advisor to the Paraguay National Congress.

Cristina Morales (pictured top right), was Senior Conservationist at Guyra Paraguay for many years. In August 2013 she was appointed Minister of the Environment.

While at Guyra Paraguay, Leti admitted: “The biggest challenge I’m facing is that political interests are not always related to conserving species and improving the quality of human life, which makes conservation very difficult and frustrating. I believe the best way to deal with this is first of all with patience, and to use the tools that we have as biologists and conservationists to show the world how important species are, and to explain that in the end, if we destroy nature, we destroy ourselves.” 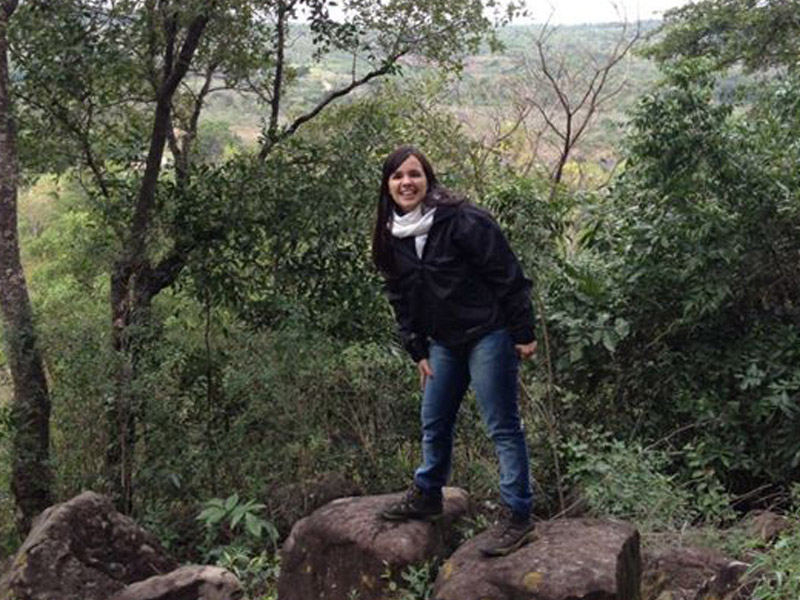 John Burton, WLT Chief Executive, met up with Cristina on a visit to Paraguay shortly after her appointment. After the meeting he said: “Cristina faces a daunting task, having inherited an underfunded department, and a situation where the deforestation of the Chaco is taking place at an alarming rate – albeit perfectly legally as her predecessors had issued licences. However, when we met in Paraguay in August I said that WLT would do everything it could to support her.”

The fact that both Leti and Cristina have gone on to become environmental leaders in Paraguay is testament to the experience and training they received during their time at Guyra Paraguay.

As Alberto comments: “On one hand I am happy to know that we at Guyra Paraguay are helping strengthen national institutions and leadership in our country but on the other hand Guyra Paraguay mourns the loss of these two great environmental professionals from our team.”

Alberto adds: “Guyra Paraguay is committed to training the conservationists of the future and is fortunate in having a strong team with knowledge and vision who are willing to work hard to address conservation challenges. So while I wish Leti and Cristina the very best in their new positions I would also like to pay tribute to current Guyra Paraguay staff in key roles, including Pepe, Karina, Caesar, Angel and many more.”

WLT’s support for conservation in Paraguay »

You can support conservation in Paraguay by donating to WLT’s Keepers of the Wild appeal.