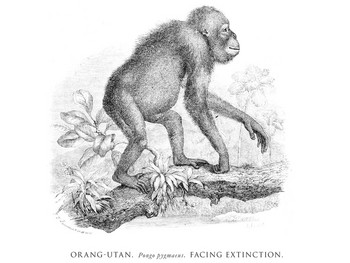 Against a back drop of ongoing and successful conservation projects, 2013 was a memorable year for World Land Trust (WLT).

Our Special Appeals produced exciting conservation results. In late 2012, when we launched our Caucasian Leopard Special Appeal no one knew for certain if the Caucasian Leopard was still present in the South Caucasus of Armenia. A year on and we have clear evidence that at least one male leopard has made his home in the Caucasus Wildlife Refuge and other wildlife of the region are flourishing.

Further afield, the Orang-utans of Malaysian Borneo will soon have a protected corridor between two reserves thanks largely to the tremendous success of our autumn fundraising drive, Big Match Fortnight, which raised funds for the Borneo Rainforest Appeal, aiming to raise one million pounds.

The year also brought good news from other projects and reserves supported by WLT: this was a year of new discoveries, recordings of rare species and other conservation successes.

At the start of 2013 Chris Packham became WLT’s third patron and during the year a programme of events and a strong social media campaign helped raise WLT’s profile.  Even before we reach the end of December it’s clear that 2013 has been a good year for donations – possibly, WLT’s best ever – and that is good news for conservation projects across the world.

We hope all WLT’s Ambassadors, Friends and supporters will enjoy the following review of 2013. WLT’s success is thanks to the generous backing and commitment of so many people. We thank you all.

2013 in pictures and highlights of the year »

Partners and projects – a Conservation Alliance

WLT approved one new programme partner in 2013: Viet Nature Conservation Centre. This brings to 27 the number of WLT’s overseas programme partners, and following a successful visit to Iran by John Burton, WLT will be forming a new partnership with the Iranian Cheetah Society early in 2014.

The number of WLT’s operational (strategic) partners remained constant until September when World Land Trust-US became the Rainforest Trust and a new operational partnership was formed.

Buy an Acre and land purchased for conservation

We continued to send funds to buy acres in Mexico’s Sierra Gorda, in Colombia and in southern Ecuador.

Overall, in 2013, WLT and its supporters helped purchase 27,636 acres (11,184 hectares) of threatened habitat*. In Armenia, a further 1,484 acres (600 hectares) were secured on a 25 year lease. And in Malaysian Borneo, deposits were made on 13 properties in the Kinabatangan floodplain.

*This total includes all land purchases funded through Buy an Acre, Carbon Balanced, Wood Positive and individual and corporate donations. It does not include areas of land reforested, designated a management area or otherwise protected but without being purchased.

Special appeal: Save the Caucasian Leopard

During 2013 WLT supplied nine camera-traps to the Foundation for the Preservation of Wildlife and Cultural Assets (FPWC), our Armenian conservation partner. These cameras have more than repaid the investment. In July FPWC released video footage of a Caucasian Leopard, the first pictures of a leopard in the area since 2007, but – tantalisingly – just the tip of a tail.

A month later FPWC released more video footage: this time the hindquarters in daylight, but still no pictures of the whole animal. And then, in November, our patience was rewarded: full body images of a Caucasian Leopard with the spectacular backdrop of the Caucasus Wildlife Refuge. Cheered on by this exciting news, the Caucasian Leopard Special Appeal will continue into 2014.

In August, we launched the Borneo Rainforest Appeal, aiming to raise one million pounds to secure a wildlife corridor between two forest reserves on the north bank of the Kinabatangan River in northern Borneo. Dr Isabelle Lackman, Co-Director of Hutan, WLT’s conservation partner in Borneo, attended the launch, and promoted the appeal while she was in the UK.

The Borneo Rainforest Appeal came to a climax during Big Match Fortnight in October when WLT’s supporters gave a magnificent £725,000. By mid December the amount raised for the appeal was £821,350. This appeal will continue into 2014 when we are confident of reaching our million pound target.

Plant a Tree and reforestation programmes

Throughout the year supporters continued to donate generously to WLT’s Plant a Tree Appeal, which funded the planting of more than 5,900 trees in two reserves in Ecuador: Jorupe and Buenaventura. Both the reserves are owned and managed by Fundación Jocotoco, one of WLT’s conservation partners in Ecuador.

In addition, various corporate supporters gave vital assistance to WLT’s reforestation work. As a part of the Body Shop’s Wood Positive project, trees were planted on 69 acres (28 hectares) in Ecuador by Nature and Culture International, one of WLT’s Ecuadorian projects partners, and 7 acres (3 hectares) by Reserva Ecológica de Guapi Assu (REGUA) in Brazil, in order to reforest these areas.

In Kenya, trees were planted on 235 acres (95 hectares) in order to reforest degraded areas in the indigenous forest. In addition, 95,000 fast growing trees were planted for fuel on small holdings to relieve pressure on Kenyan forests. A further 20,750 trees were given to schools for the same reason.

During the year, WLT’s Keepers of the Wild programme continued to strengthen the work of our partner conservation organisations and the protection of WLT-funded reserves.

In 2013 for the first time, we provided funding for a Keeper of the Wild in Honduras, employed by our Honduran partner Ecological Association of San Marcos, Ocotepeque (AESMO).

By the end of the year WLT was funding 22 rangers from 15 partner organisations. Field reports from the Keepers of the Wild, regularly published on WLT website, continue to give an insight into the important work of reserve rangers.

Work continued throughout 2013 to develop the Paraguay Forest Conservation Reduced Emissions from Deforestation and Forest Degradation Project (REDD+)  in association with Guyra Paraguay and Swire Pacific Offshore (SPO). This is a major project, which over 20 years, is intended to offset SPO’s unavoidable carbon dioxide emissions by preventing the release of at least 800,000 tonnes of carbon dioxide from the biodiverse Chaco and Atlantic forest regions of Paraguay.

The REDD+ project has two active components, one is the Chaco Pantanal component (the Tobich Reserve) and the other is the San Rafael component.

In 2013 an important REDD+ project milestone was the first verification of the Chaco-Pantanal component of the project (Tobich) under the Verified Carbon Standard (VCS). This released the project’s first carbon credits.

During the year the Yshir community and Guyra Paraguay signed a shared management agreement for the Tobich Reserve. The Yshir now receive regular payments through the REDD+ project to support their community organisation.

In 2013 members of La Amistad community in San Rafael received the first payments to set aside and protect forest on their holdings in the San Rafael Atlantic Forest buffer zone under the San Rafael component of the REDD+ project.

During 2013 a busy programme of local and national events kept WLT in the public eye.

Simon Barnes’s performance at a conservation evening jointly hosted with Suffolk Wildlife Trust at The Cut in Halesworth gave loyal readers of Simon’s columns in The Times a chance to see Simon in the flesh and hear him speak with passion about why conservation matters.

WLT gallery marked its second anniversary in December 2013. A programme of changing exhibitions during the year – and an artist in residence for the first time (Bruce Pearson) – introduced a new audience to WLT’s work and provided another excellent way to spread WLT’s conservation message.

In 2013 schools generously donated £15,000 to WLT and we continued to support schools and students in their fundraising efforts. We also further strengthened relationships with zoos and the British and Irish Association of Zoos and Aquariums through WLT’s Wild Spaces programme.

With total donations up on 2012, in 2013 WLT’s donors showed their confidence in WLT’s conservation projects. Internet donations steadily increased throughout the year and were up 17% by November. Reassuringly, the success of Big Match Fortnight did not displace regular donations, which remained constant throughout the year.

For another year WLT’s corporate supporters did us proud, and we look forward to welcoming more corporate partners in 2014.

Media coverage of Big Match Fortnight inspired more than 500 first time donors to support WLT. This is a tremendous achievement and we hope that many of these donors will become regular supporters.

During the year, we saw a steady increase in the number of WLT Friends, supporters who make a regular monthly donation, providing steady income for the Trust and enabling us to plan for the future.

As always we are indebted to all our supporters for their generosity. In particular we would like to thank all those who ran, jumped, cycled and generally pushed themselves to the limit to raise sponsorship for WLT.

In the summer we launched a new design, flexible website for WLT, to meet the growing demand from people who use mobile phones and tablets to access the internet. A concerted and successful social media campaign – covering Facebook, Twitter, LinkedIn and other social media – helped raise awareness and donations.

2013 in pictures and highlights of the year »