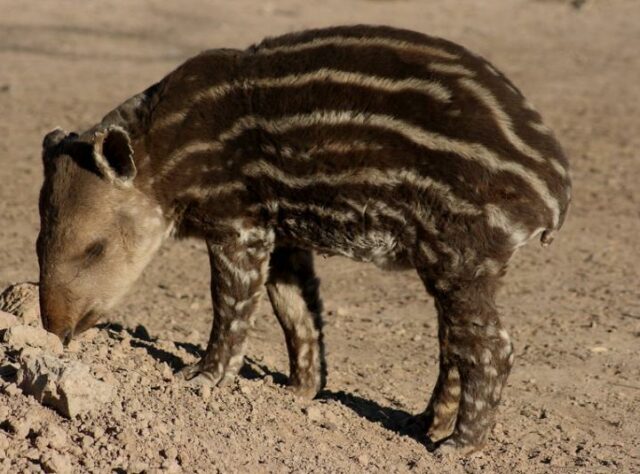 Conservationists have been appalled to learn that the 2013 rate of deforestation in the Gran Chaco region of South America has accelerated to a rate of 216 acres (87 hectares) per hour, or 3.3 acres (1.35 hectares) per minute.

The Chaco forest extends over parts of northern Argentina, western Paraguay, eastern Bolivia and a small part of western Brazil. Despite having some of the highest temperatures on the American continent, the Chaco has an extraordinary diversity of flora and fauna. World Land Trust (WLT) has been supporting conservation in the Chaco for nearly 10 years in partnership with Guyra Paraguay (Asociación Guyra Paraguay).

John Burton, WLT Chief Executive, is a champion of the Chaco. He has been to Paraguay many times and is recently returned from a field trip to the Chaco. “Nearly a million acres of Chaco forest has been cleared so far in 2013 and in October three acres of forest were cut down every minute,” said John. “This is an absolute tragedy, and I urge anyone who cares about threatened habitats to support WLT’s Paraguayan conservation projects by donating to the Action Fund.”

Argentina accounted for the largest share of woodland converted to agricultural use in October 2013, with 49 per cent of the total deforested area, followed by Paraguay with 47 per cent and Bolivia with 4 per cent.

“Nearly a million acres of Chaco forest has been cleared so far in 2013, and in October three acres of forest were cut down every minute. This is an absolute tragedy.”
(John Burton, WLT Chief Executive)

In Paraguay deforestation was observed in the Cerro Cabrera Timane Nature Reserve, a Protected Area located in the far north of the Chaco very close to the Bolivian border. There has also been deforestation in the northern zone adjacent to the Médanos del Chaco National Park.

“These deforestations, together with others registered in the northern Chaco Department of Alto Paraguay, have intensified in recent months and are threatening several Protected Areas in this part of Paraguay, which contains some of the best preserved Chaco woodlands in the country, and which form part of the Biosphere Reserve of the Chaco,” said Alberto Yanosky, Guyra’s Executive Director.

Another notable case is the Campo Iris Reserve, in the Department of Boquerón to the south of Médanos del Chaco, which is now surrounded by newly opened trails and evidence of tree-felling in the reserve itself.

Statistics quoted in this article have been prepared by Asociación Guyra Paraguay, with support from Iniciativa Redes Chaco – AVINA, Alianza Ecosistemas and the Programme WCS-USAID Ka’aguy Reta: Bosques y Desarrollo. Guyra cannot judge the legality of the change of use of the areas of land identified. This information will be soon available on the website of Guyra Paraguay (www.guyra.org.py). For more information, please contact Romina Cardozo at the following address: rominac@guyra.org.py

To help stop deforestation in the Chaco, please donate to WLT’s Action Fund and specify Chaco in the comments box.

More about deforestation and its climate change impacts »