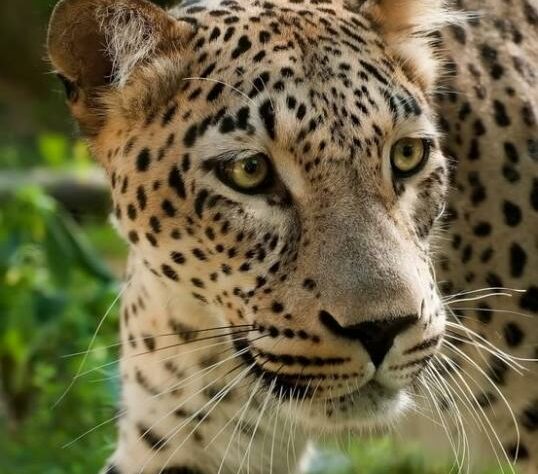 Encouraged by the camera-trap recordings of a Caucasian Leopard earlier in the year, World Land Trust continues to raise funds to ensure the future of this endangered species in the wild in Armenia.

World Land Trust (WLT) launched the Caucasian Leopard Special Appeal in September 2013 and so far nearly £25,000 has been raised to support the conservation efforts of WLT’s partner in Armenia, the Foundation for the Preservation of Wildlife and Cultural Assets (FPWC). Over the course of 2013 these funds were used to lease land, to train and employ rangers and to support FPWC’s vital outreach activities with local communities and children.

Some of the special appeal funds were intended to secure the lease of two pieces of land to extend the Caucasian Wildlife Refuge (CWR) by a total of 2,718 acres (1,100 hectares).

“Without the overwhelming support for WLT’s Armenia land acquisition and protection programme during 2013 we would never have been able to achieve this progress.”
(Ruben Khachatryan, Founder, FPWC)

The more important of the two leases has now been secured, and as a result three previously separated parts of the CWR are now linked by this 1,483 acre (600 hectare) property. Despite successful initial negotiations by FPWC, the lease on the second piece of land could not be finalised so, as well as continuing negotiations on this area, FPWC have also been investigating alternative areas available for lease that also protect critically important habitat for the Caucasian Leopard. Land south of the CWR has been identified and FPWC hopes to lease a new 7,413 acre (3,000 hectare) area in 2014.

To ensure FPWC’s conservation efforts for the Caucasian Leopard can continue, WLT needs to continue fundraising into 2014.

“Without the overwhelming support for WLT’s Armenia land acquisition and protection programme during 2013 we would never have been able to achieve this progress,” said Ruben Khachatryan, Director of Yerevan Zoo and founder of FPWC. “But to secure our results and to go forward in the creation of a safe migration corridor for Caucasian Leopards we would need to raise another £41,000. Please help us reach our target and give generously to ensure a future for the Caucasian Leopard in Armenia.”

Inspiring conservation through education in Armenia »