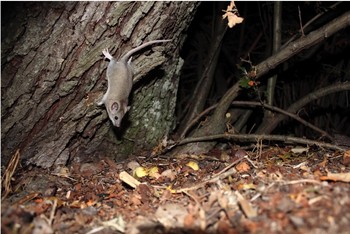 An extraordinary image of a rare dormouse on a nocturnal hunting expedition wins top prize in the BBC Wildlife Magazine Camera-trap Photo of the Year Competition 2013 in association with World Land Trust (WLT) and WLT’s corporate supporter Enterprise Plants.

The winning photo of Roach’s Mouse-tailed Dormouse (Myomimus roachi) beat more than 850 other entries to emerge as the Overall and New Discoveries category winner. The image, recorded in Turkey for a Wildlife Research Association project, has been awarded a research grant of £3,000.

Now in its fourth year, the competition continues to attract entries from across the world. The range of photograph submitted is testament to the power of the remote camera to record images that would be all but impossible for a human to capture with an ordinary camera.

“The competition brings into the public domain exceptional camera-trap images of rare and threatened wildlife while contributing to scientific research and new discoveries,” said John Burton, WLT Chief Executive. “WLT is delighted to be part of the competition and we are very grateful to BBC Wildlife Magazine, and to our corporate supporter Enterprise Plants, for sponsoring the competition and research grants for the winning entries.”

Of the winning image, photographer Halim Yalçın Diker commented: “Our camera-trap snapped this little rodent as it hopped off its nest tree – a wild pear in Edirne, north-west Turkey – on a nocturnal foray to hunt insects in nearby meadows. This species was historically found in Turkey and south-eastern Bulgaria but, as oak and walnut trees were cut down to make way for agriculture and forestry activities, its habitat is now restricted to just a few small spinneys. Ours were the first photos of the species taken in the wild.”

Judge Mark Carwardine said of the winning photo: “A tricky shot of a small, fast-moving and very rare subject that captures a perfect moment.”

Endemic to the Mediterranean region, Roach’s Mouse-tailed Dormouse survives in southeast Bulgaria and western Turkey. It is mainly a lowland species and has lost much of its habitat to agriculture. IUCN’s Red List registers the species as Vulnerable, because its remaining habitat areas are severely fragmented and probably subject to ongoing decline.

Now in its fourth year, the BBC Wildlife Magazine Camera-trap Photo of the Year competition does more than merely celebrate aesthetics or even innovation. The judges give particular weight to the contribution that each image makes to scientific knowledge, with the competition providing funding for many key projects and highlighting the importance of such images – and the efforts of the field researchers who captured them.

The prizes, research grants courtesy of WLT and horticultural service company Enterprise Plants, go to the winning conservation projects, not to individual photographers.

The winners of the Animal Behaviour and Animal Portraits categories – each securing a £1,000 prize – are a photo of a scent-marking Snow Leopard (Panthera uncial), taken by Juan Li in Qinghai, China, and a spectacular portrait of an Amur (Siberian) Tiger (Panthera tigris altaica) captured by Linda Kerley for a Zoological Society of London project in eastern Russia.

In the British Wildlife category, Jamie Hall’s study of a Red Fox (Vulpes vulpes) crossing a stream wins him a top-of-the-range Halcon jacket worth £330, donated by Páramo.

See the four winning images, and find out more about the conservation projects they represent » 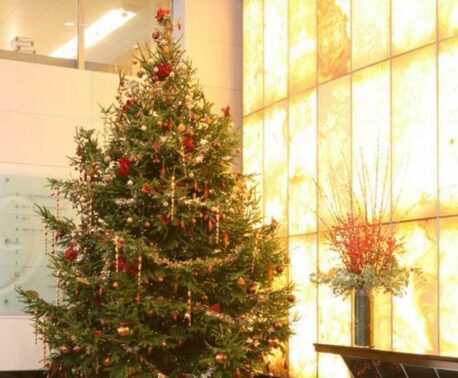 For the fourth year running, for every Christmas tree on their books, Enterprise Plants will make a donation to World … 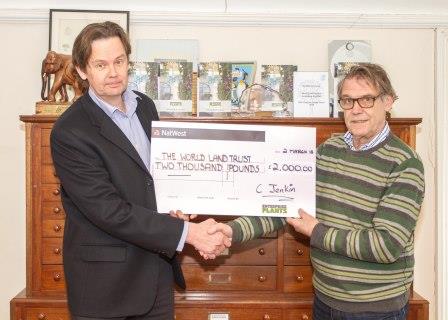 Enterprise Plants has donated £2,000 to the Plant a Tree programme of World Land Trust (WLT), following successful sales of …