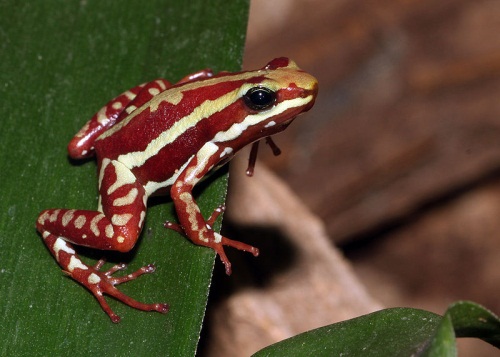 The tropical dry forest reserve of La Ceiba in southern Ecuador has been extended by 133 acres (54 hectares), thanks to Buy an Acre funding from World Land Trust (WLT).

La Ceiba Reserve is in the centre of the Tumbesian region, an extraordinarily diverse dry forest habitat and one under constant threat from cattle ranching and agriculture. With less than 5 per cent of the original Tumbesian region remaining, expanding La Ceiba Reserve is an ongoing conservation priority for WLT’s partner, Nature & Culture International in Ecuador (NCI).

The region is an Endemic Bird Area and has the world’s fourth largest number of restricted range birds. It is home to 55 bird species, of which 19 are globally threatened and 45 are endemic to the region.

The reserve is also home to amphibians including the endangered Phantasmal Poison Frog (Prostherapis tricolor) and the near threatened Chimbo Rocket Frog (Hyloxalus infraguttatus).

On the border with Peru, La Ceiba lies within the middle section of the Chira river drainage, the most important binational river system of Ecuador and Peru, west of the Andes. The reserve is at an elevation of 350–600 metres above sea level, and is dominated by mature semi-deciduous forest.

La Ceiba is owned and managed by NCI, one of WLT’s four conservation partners in Ecuador. The reserve is part of the La Ceiba Conservation and Development Area, which includes 17 communities and 370 families, the majority of whom subsist by raising goats and cattle, and by growing corn. NCI co-manages the reserve with these communities.

In La Ceiba, NCI works closely with local residents on a range of sustainable projects such as the production of honey, goat’s milk cheese and yogurt, and the harvesting of the fruit of the Palo Santo tree, which is used in cosmetics.

WLT has been working in partnership with NCI in Ecuador since 2010. To date through the support of WLT almost 7,000 acres of forest has been protected across southern Ecuador. The purchase was completed in October 2013 and is the first time that WLT has supported land purchase in La Ceiba.

More about WLT’s support for conservation in Ecuador »

You can help NCI extend its reserves and safeguard more endangered species by donating to WLT’s Buy an Acre appeal, and specifying Ecuador in the comments box.