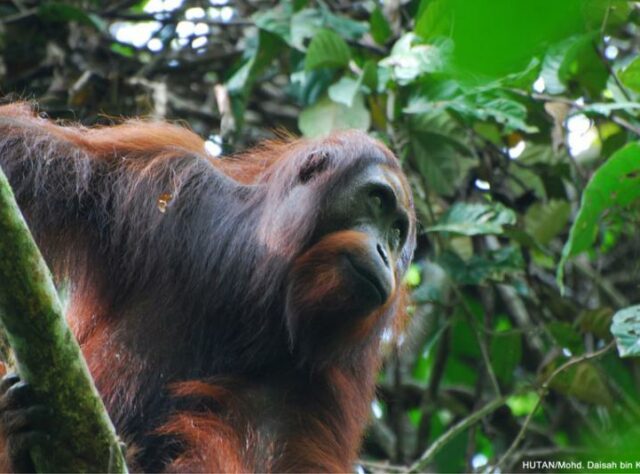 When World Land Trust (WLT) launched Big Match Fortnight the target was to raise a total of £300,000. In fact we raised more than double this amount. It has taken us a while to collect all the pledged funds but the final figure raised during the two weeks stands at a staggering £725,152.

The tremendous generosity of our supporters has enabled us to act quickly and we have already sent funds to Hutan, our partner in Sabah, to make down payments on land necessary to protect the Keruak Corridor in the Lower Kinabatangan region of Sabah.

“The overwhelming response and support for World Land Trust’s Big Match Fortnight has been beyond our expectations,” said Isabelle Lackman, Joint Director of Hutan.

“The overwhelming response and support for World Land Trust’s Big Match Fortnight has been beyond our expectations.”
(Isabelle Lackman, Joint Director of Hutan)

“This has shown to us and to the Sabah government that people living far from here in the UK care greatly about the protection of the iconic wildlife of Sabah such as Orang-utans and Pygmy Elephants. I would like to take the opportunity to thank everyone who contributed to Big Match Fortnight: you have made a difference to the Kinabatangan.”

The Keruak Corridor links two existing forest reserves and is of enormous strategic importance for protecting the remaining forests of the Lower Kinabatangan region.

This region, with its varied lowland forests, is possibly the most biodiverse in the whole of south east Asia – but its natural habitats are fast disappearing.

However, despite the fragmentation of forests due to the expansion of oil palm plantations, the area is still a haven for a vast range of wildlife.

It is estimated that Kinabatangan is home to 129 species of mammals (including 10 primate species, among them Bornean Orang-utan, Bornean Gibbon and Proboscis Monkey ), 314 species of birds (including 8 species of hornbills), 100 species of reptiles and 32 species of amphibians.

The Keruak Corridor is made up of 37 separate parcels of forest. Of these, 26 along the river bank are a priority to purchase with the funds raised to date. Completing the purchase of 26 small plots is time consuming, but six have already been saved and by the end of October Hutan had made deposits on 11 new properties thanks to WLT.

Of the remaining nine properties, some can be acquired outright as a direct result of funds raised during Big Match Fortnight, while a few others will require complex negotiation.

We still need to raise £275,000 to reach our overall goal of £1 million pounds to complete the protection of the corridor. We shall be doing all we can to raise these funds over the next few months and we feel very optimistic based on the support received so far.

We were particularly heartened by the fact that the majority of donors during Big Match Fortnight were new to WLT and we very much hope that we can count on their continued support.  Every donation we receive helps us save real acres in threatened habitats worldwide.

And finally, in really positive news from Sabah, as a direct result of the fundraising success of Big Match Fortnight, Hutan’s state government partners have given their full backing to the Keruak Corridor project, and are providing as much assistance as possible.