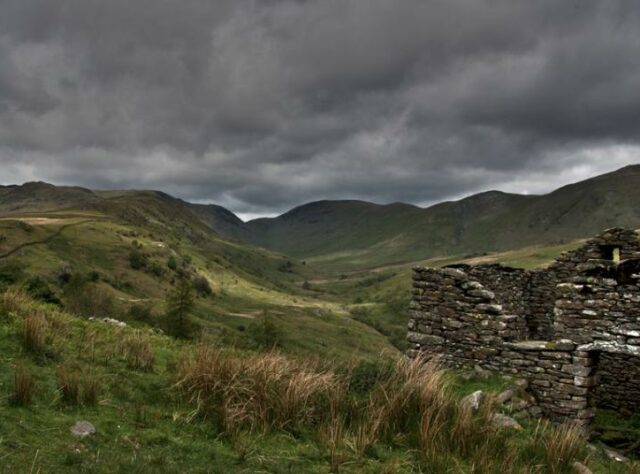 Mark Fairhurst has won the top prize in World Land Trust’s (WLT) Wild Places competition for his atmospheric photograph of an abandoned bothy shot against a storm clouded sky near Kirkstone Pass in the Lake District.

You can’t put a price on the power and beauty of a natural landscape, so don’t even try, argues George Fenwick, President of American Bird Conservancy, who spoke recently at a WLT debate, Controversial Conservation.

Rather, the greatest argument for landscape preservation is the strength of our feeling for wild spaces, and the power they have to move and inspire us.

Mark’s winning picture, and all the others submitted in WLT’s Wild Places competition, remind us of the limitless value of wild places and why World Land Trust’s mission to conserve threatened wilderness areas is so important.

We love Mark’s picture and we admire him for his stamina. (He took the picture on a walk in the Lake District. The route is not for the faint hearted: it takes all day, and clocks about 14 miles.)

Mark describes the occasion: “Leaving the Queens Head in Troutbeck, we started our walk on a windy day. There were scattered clouds but (we thought) nothing to worry about. After an hour or so, as we reached the summit of Baystones, the clouds began to roll in. By the time we reached Kirkstone Pass on the other side the heavens began to open. The only place to shelter was a bothy without a roof! We had a brew and a little wait. When the rain stopped I took my shot and carried onwards, downwards, then upwards, until finally we were back at the pub.”

During the competition’s eight week run, more than 180 photographs were submitted, and the range and quality of the pictures exceeded expectations.

“The success of the competition has inspired WLT to look for more ways to engage with an interactive audience,” said Dan Bradbury, WLT’s Head of Digital Communications. “We are planning further online activities to give different insights into WLT’s work and to spread the message that the preservation of wild habitats is of lasting value.”

Mark wins the overall prize of an espresso machine plus a weekly prize of a coffee hamper, both provided by WLT’s corporate supporter Puro.

The competition ran for eight weeks (30 July – 23 September 2013) on WLT’s facebook page, with a prize awarded every week. Mark’s picture was selected as the overall winner from all the weekly winners.

A big thank you to Puro Coffee and Media Bounty for sponsoring the competition.

See all the competition entries »