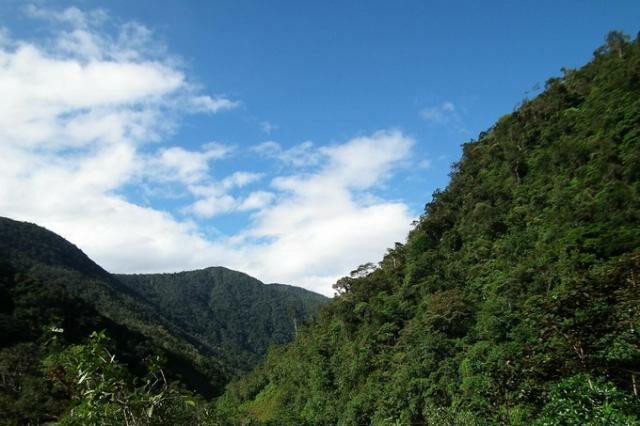 The purchase of a property of 390 acres (158 hectares) inside Ecuador’s Podocarpus National Park will provide a safe haven for the charismatic and endangered Mountain Tapir.

The Mountain Tapir (Tapirus pinchaque) has its home in the Andean regions of Colombia, Ecuador and northern Peru, but its populations are declining due to the loss of forest habitat to cattle ranching and agriculture.

Ecuador’s Podocarpus National Park may well be the world’s last strong-hold of the Mountain Tapir, which has an estimated total population of just 2,500 individuals. But not all land within the park boundary is protected, because some is in private hands. So, when a 390 acre property known to be home to Mountain Tapirs became available in the park, purchasing it became a priority for Nature and Culture International (NCI) and World Land Trust (WLT).

The property ranges between 1,040 and 1,960 metres above sea level in an area where the Andes meets the Amazonian basin. It contains an important water source for mammals and also for Bombuscaro River which supplies the city of Zamora.

The land purchase was made in partnership with NCI, one of WLT’s conservation partners in Ecuador. Funds for the purchase came from WLT’s corporate supporter TapirApps and sponsorship raised by the intrepid bungee jumpers of Paradise Wildlife Park. The purchase of the 390 acre property was completed in June 2013.

Podocarpus is situated at a meeting point between four ecological systems: Northern Andes, Southern Andes, Amazonian and Pacific ecosystems. This makes it a megadiverse zone, with a high degree of endemism. Almost 630 bird species have been recorded in the park, of which 55 are endemic. Among the rare birds are Spangled Coquette (Lophornis stictolophus), a hummingbird with an orange quiff, Military Macaw (Ara militaris), the Amazonian Umbrellabird (Cephalopterus ornatus) and Cock-of-the-rock (Rupicola peruvianus).

As many as 46 species of mammals have been recorded in Podocarpus, including Mountain Tapir, Northern Pudu (Pudu mephistophiles), the world’s smallest deer, Spectacled Bear (Tremarctos ornatus) and Jaguar (Panthera onca). The park is also botanically rich with more than 4,000 species recorded.

In 2012, researchers from the Institute of Ecology at Loja University used camera-traps to monitor species in the reserve. Ocelot (Leopardus sp) and Andean Fox (Pseudalopex culpaeus) were among the species recorded and it was the first time Ocelot had been recorded in the park.