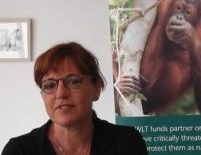 Preserving the remarkable wildlife diversity of the Kinabatangan region is essential for the survival of Orang-utans, says Dr Isabelle Lackman in the run up to World Land Trust’s Big Match Fortnight which starts on 2 October 2013.

Isabelle is Co-director of Hutan, a conservation NGO working in Malaysia. World Land Trust (WLT) has been working in partnership with Hutan since 2008, and has recently launched the Borneo Rainforest Appeal, aiming to raise one million pounds to preserve forest habitat for Orang-utans.

Habitat loss poses the greatest risk to Orang-utan populations. Lowland forests are being cleared for agriculture and other forest areas are being degraded by illegal or unsustainable logging.

As the forest becomes fragmented, Orang-utans become isolated in small groups, which affects their genetic health and the overall viability of the species.

“If we can permanently protect a land corridor in the Lower Kinabatangan floodplain, we can save viable populations of Orang-utans.”
(Dr Isabelle Lackman,
Co-director, Hutan)

WLT is supporting Hutan’s strategy to secure and protect areas of land in a corridor along the Kinabatangan river.

“If we can permanently protect the land we have identified in the Lower Kinabatangan floodplain, and connect forests that are fragmented, we know we can save viable populations of Orang-utans,” explains Isabelle.

Due to fierce competition for land, property in Borneo is very expensive. However, thanks to strategic planning and local knowledge, Hutan has entered into negotiation with local landowners in order to safeguard a network of contiguous areas of land between two existing reserves.

Once secured, the corridor will greatly increase the overall area through which Orang-utans and other wildlife can roam safely.

Hutan aims to create in Sabah a protected network of interconnected forests that will allow an Orang-utan population to survive in a mixed landscape of protected areas plantations, villages and timber concessions.

By donating to WLT’s Borneo Rainforest Appeal during Big Match Fortnight, we can all help make Hutan’s vision a reality.

During Big Match Fortnight (2-16 October), all donations to the Borneo Rainforest Appeal will be matched, making them go twice as far.

Donations can be made online, over the phone by debit or credit card (01986 874422), or by mailing a cheque or Charities Aid Foundation voucher to WLT, Blyth House, Bridge Street, Halesworth, Suffolk IP19 8AB.

Donate to the Action Fund
» 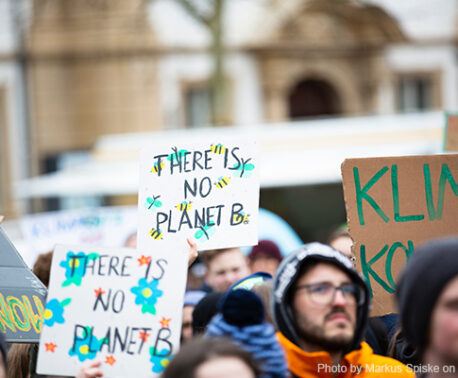 Today marks the start of a week of climate strikes around the globe, which will coincide with Climate Week in NYC, the setting for 2019’s UN General Assembly and Climate Action Summit on 23 September.