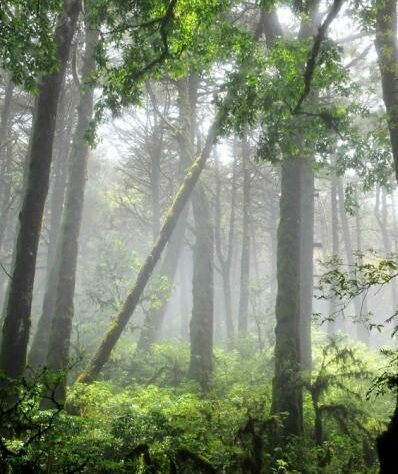 World Land Trust (WLT) continues to build on a successful conservation partnership in Mexico with a land purchase of nearly 600 acres in Sierra Gorda.

World Land Trust (WLT) continues to build on a successful conservation partnership in Mexico with a land purchase of nearly 600 acres in Sierra Gorda.

“Again, thank you to WLT, for your work and efforts on behalf of Sierra Gorda and its creatures,” said Roberto Pedraza, GESG’s Technical Officer.

“Another portion of the Hoya Verde is now protected, along with the the species that inhabit its forests. So nice to think there will be no more chainsaws, foresters or loggers there.”

The property is home to the Mexican Tree Porcupine (Sphiggurus mexicanus) and the Central American Red Brocket Deer (Mazama temama).

Among the wide range of birds in Hoya Verde are five different species of hummingbird and the rare Bearded Wood-Partridge (Dendrortyx barbatus), which is found only in Mexico and has never been photographed in the wild.

“Again, thank you to WLT, for your work and efforts on behalf of Sierra Gorda and its creatures. Another portion of the Hoya Verde is now protected.”
(Roberto Pedraza, GESG Technical Officer)

Rattle snakes, coral snakes and salamander inhabit the reserve. As in other areas of Sierra Gorda, rare orchids have also been recorded.

The area also contains much original forest cover, which provides carbon sinks and sequestration, as well as preventing soil erosion.

The north-east of the reserve, where the property is located, is one of the zones of greatest biodiversity, and supplies hydrologic recharge for numerous springs.

Warmer winters and longer, drier summers provide excellent conditions for the beetles.  Within the Sierra Gorda, the beetles are mainly affecting just one pine species (Pinus greggii); the other seven species are not affected.

Incorporating the new property into the Hoya Verde reserve will give it greater protection from logging and cattle incursion. The lower parts of the reserve border cattle pasture, and there has previously been illegal logging in the higher areas where evidence suggests that Liquidambar trees (Liquidambar styraciflua), commonly called sweetgum, have been extracted.

In addition, reducing human pressure on the forest, preventing forest fires, reducing fragmentation through reforestation, are other ways in which land purchase for conservation is able to combat the effects of climate change.

WLT has been working partnership with GESG since 2007 and has helped purchase several reserves in remote areas of the Sierra Gorda mountains. In 2012 WLT helped GESG to purchase 370 acres (150 hectares) in a previous extension to Hoya Verde Reserve. More about WLT’s support for conservation in Mexico’s Sierra Gorda »

WLT’s Buy an Acre programme has been key to WLT’s success since the charity was first established in 1989. Donations to Buy an Acre enable land purchase in Bolivia, Colombia, Ecuador and Mexico. Over time many donations, whether small or large, add up to considerable amount, so please consider making a donation to Buy an Acre or giving an acre or a part acre as a gift.