Sit in the sun and save half an acre SEARCH NEWS 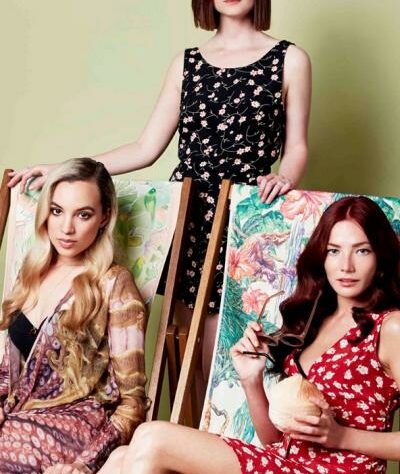 After a few  years of quite frankly miserable summer weather in the UK, 2013 has proved that in a good year, summer in Britain is unbeatable.

So, if ever there was a good time to launch a deckchair collection in aid of World Land Trust (WLT), summer 2013 was the perfect moment  – and the good news is,  sales of WLT’s Sit to Make a Stand deckchairs are going well.

Sales have been boosted by widely circulated photographs of the deckchairs with models Phoebe Collings James and Clara Paget, and actress Bonnie Wright (best known for playing Ginny Weasley in the Harry Potter films). We are very grateful to WLT ambassador Dominic Jones who arranged the celebrity photoshoot to raise the profile of the collection.

The deckchairs have been a hit with national media, and have been featured on the Financial Times website, on Vogue’s website and on several others.

We agree with Nick that the deckchairs are an excellent innovative fundraising mechanism, and one that reverses the traditional, exploitative manufacture of garden furniture.

Designs for the chairs were produced by students from University of Southampton’s Winchester School of Art. The elephant has been the most popular design so far, followed by the turtle – but with five designs to choose from, there’s one to suit all tastes.

Funds raised by the deckchair sales go to WLT’s Buy an Acre appeal which saves threatened habitats in Bolivia, Colombia, Ecuador and Mexico. Every chair sold saves half an acre of rainforest, so every deckchair counts.

With a mean temperature of 17 °C, July 2013 was the third warmest in the national record since 1910, according to the Met Office. It’s too early to tell if August 2013 will be the hottest August on record, but it certainly feels that way. In the meantime we are looking forward to an Indian summer and more acres saved through sales of WLT’s Sit to Make a Stand deckchairs.

Deckchairs are on sale for £150, in Southsea Deckchairs Deckchair Boutique »

Sit to Make a Stand – WLT deckchairs at Chelsea Fringe »