Green light for Keeper of the Wild in Honduras SEARCH NEWS 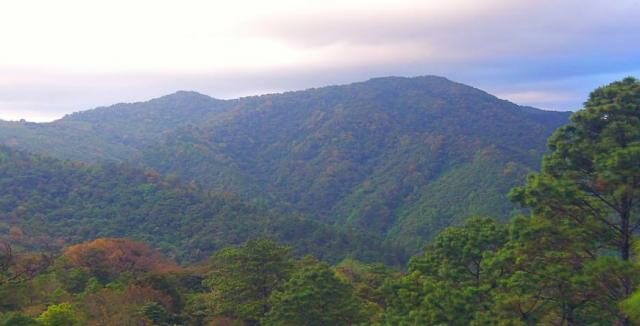 World Land Trust (WLT) has committed to fund a ranger in Güisayote Biological Reserve in western Honduras through the Trust’s Keepers of the Wild programme.

WLT’s conservation partner in Honduras since 2011 is Ecological Association of San Marcos, Ocotepeque (AESMO), which has managed Güisayote Biological Reserve in the west of Honduras since 1990. AESMO will employ the ranger with WLT funding while WLT provides additional support to help build the NGO’s capacity, for example, by facilitating networking and exchange visits with other WLT overseas project partners.

Víctor Saravia O, Executive Director AESMO, said: “WLT and AESMO have formed a valuable strategic alliance to conserve the biodiversity and the watershed of the Biological Reserve Güisayote, which is of great importance for thousands of inhabitants of Honduras, El Salvador and Guatemala.”

“It is evident that AESMO is an important and well respected NGO in the region,” said Ruth on her return. “Funding a ranger is a first step in developing WLT’s partnership with AESMO. We have added Güisayote to the list of potential land purchase projects that require support in 2013, and we are currently discussing a possible project in partnership with the municipalities.”

The mountainous Güisayote reserve, which shares a border with El Salvador, protects dozens of mountain streams that flow into the Ulua River (and onward into the Caribbean Sea – Atlantic Ocean) and the Lempa River, which flows into the Pacific Ocean. The latter river, shared by Honduras, El Salvador and Guatemala, is an important water source for communities in and surrounding the reserve.

Covering 34,594 acres (14,000 hectares), Güisayote is shared by six different municipalities with AESMO providing overall project management. Thanks to funding raised by IUCN-NL and the Dutch Postcode Lottery, some land within the reserve was purchased by the municipalities in 2006 and 2009, but more than 90 per cent of the reserve remains in private hands and is therefore vulnerable to exploitation.

AESMO staff are convinced that land purchase is the most direct way both to guarantee the long-term protection of habitat and biodiversity, and to help strengthen relationships with local communities.

The NGO has identified various strategically important parcels of land for sale within the reserve, six of them adjoining the land already purchased, and another nine possible sites are elsewhere in the reserve.

Four municipalities in the area where AESMO works have recently committed some £54,000 for the conservation of Güisayote Biological Reserve and it is likely that the WLT-IUCN Netherlands visit helped leverage additional amounts to the existing support. This extra funding will help in the challenge to protect as much land as possible.

In terms of protecting the reserve, rangers employed by the municipalities control access to and from the reserve via a check-point and a visitor centre at the main entrance to the reserve. Access is free for those living in the reserve and visitors are encouraged to make a voluntary donation which goes towards the management and maintenance of the reserve.

Güisayote was declared a Biological Reserve in 1987, which is the strictest category within the protected areas network in Honduras. Despite its status, the reserve is threatened by building, deforestation and mining, but recent proposals to establish mines to extract gold, silver and other precious metals were rejected following strong opposition from communities, municipalities, AESMO and other sectors of civil society.

It became clear during the WLT-IUCN-NL that AESMO would benefit from interaction with other NGOs in WLT’s partner network and a four day visit to meet with WLT project partner FUNDAECO in Guatemala in June was highly successful.

Some of the comments from AESMO participants included: “It was pretty intense but very productive” and “Very interesting, and fully meeting my expectations”.

World Land Trust raises funds for the employment of rangers to protect and monitor the nature reserves that WLT has helped create. You can support this important work by making a donation to Keepers of the Wild. 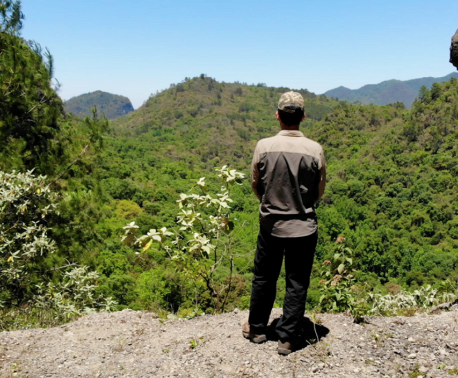 ‘Guarding nature is our duty’: Keepers of the Wild share hopes and dreams in new World Ranger Day video 31/07/2021

Every year on July 31st, the world honours all rangers: the guardians of nature who every day put so much …

World Ranger Day: Celebrating the supporters of our Keepers of the Wild programme 29/07/2021

All the conservation work that World Land Trust (WLT) supports around the globe boils down to people, and this week …