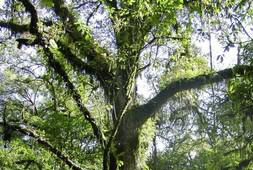 World Land Trust (WLT) is delighted to announce that Ravenscourt Park Prep School in south west London has selected the Trust as its beneficiary charity in 2013 and 2014.

The Trust was in competition with 17 other charities and the school’s fundraising efforts are likely to raise more than £10,000 for WLT’s Buy an Acre appeal.

During the selection process Emma Beckett, of Emma Beckett PR, represented the Trust and visited the school to make presentations to pupils.

“This is marvellous news,” said Emma. “It was clear from my visits to Ravenscourt Park Prep School that even very young pupils understand that the world’s remaining wild places are precious and important for wildlife, and that they need urgently to be protected.”

Over the next two years, while the prep school is raising funds for Buy an Acre, Emma will visit the school once a term to speak to both Lower and Upper School pupils at assembly.

“Having someone from World Land Trust make regular visits to the school is an invaluable experience for the children,” says Stephanie McQuillan, Head of Upper School (Pastoral). “The children can directly see the impact their contributions are making, and it is also an opportunity for them to ask about the charity.”

Children at the school are aged between 5 and 11 years. “Our Upper School pupils, who range from 8-11 years of age, are keen to develop a more in depth knowledge of the charity and they enjoy asking insightful questions,” Stephanie explains. “We also have quite a few avid wildlife supporters amongst us. One of our Year 6 girls has even developed her own website to raise awareness of the badger cull.”

“It is important to inspire the imagination and commitment of the younger generation,” adds Kelly Jacobs, WLT’s Education, Outreach & Training Manager, “because it is their future that hangs in the balance. Pupils at Ravenscourt Park Prep School value wild spaces and understand that these areas are under threat. By selecting World Land Trust as their chosen charity, the pupils recognise that they have the power to make a difference by raising funds for Buy an Acre.”

The school’s fundraising events are likely to include fancy dress days, bake sales and doughnut days. The school also has two large scale events each year, a Christmas Fair and Year 6 Fair, and all money raised is given to the chosen charity.

“We welcome other fundraising suggestions,” says Stephanie. “Our pupils show a lot of initiative and regularly donate their birthday money to our chosen charity or hold their own bake sales outside school.”

Funds raised by the school will go towards WLT’s Buy an Acre programme which operates in Bolivia, Colombia, Ecuador and Mexico. Buy an Acre donations are used to purchase and secure rainforest and other wildlife habitats in permanently protected nature reserves.

More about how schools can fundraise for World Land Trust »