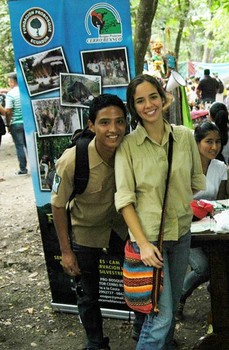 The festival celebrated Pro-Bosque’s 20 years of conservation as well as Children’s Day and World Environment Day.

People from a cross-section of Ecuadorian society – young and old – flocked to the eco festival at Cerro Blanco.

“The message rang out loud and clear, Guayaquileños love natural areas such as Cerro Blanco and other sites in the dry tropical forests and mangroves,” said event organisers.

The festival offered a range of activities including a workshop for children on bird conservation, the launch of a new cycle path and an eco fair.

The event showcased local environmental groups and their campaigns, while musicians and entertainers gave live performances in the open air amphitheatre.

The day was also notable for what it lacked. Ecuadorians have a reputation for generating a lot of rubbish at public events, but as there was a ban on selling drinks in plastic bottles and handing out leaflets, there was minimal impact on the reserve.

The day after the festival, Howler Monkeys, agoutis and birds could be seen and heard despite the fact that thousands of people had been walking in the same area only the day before.

The dry forest of Ecuador is critically threatened by human activities. Its close proximity to the city of Guayaquil means Cerro Blanco forest is at risk from urban sprawl, hunting, tree felling and forest fires.

And there are other threats. At the end of 2012 it seemed almost certain that a gas pipeline would be built through the reserve and only a last minute decision prevented it.

In 2013 Cerro Blanco faces a new threat. A proposed road to reduce congestion on a busy highway could be routed directly through the reserve.

The construction of the road will put at risk the forest’s abundant and diverse flora and fauna. It will also make it easier for land traffickers to spread urban development, fell trees and hunt wildlife.

Fundación Pro-Bosque strongly opposes the road. Eric Horstman, Pro-Bosque’s Executive Director and the guiding force behind the eco festival, has asked the public to oppose the road building project and to support Cerro Blanco against any future threats. 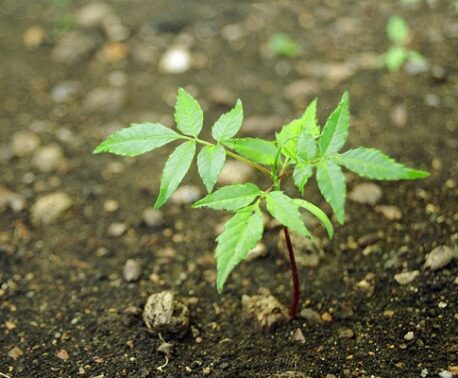