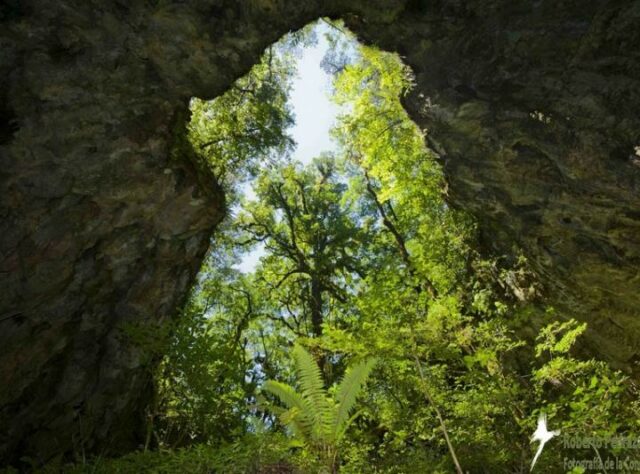 Roberto Pedraza reports on remarkable finds in a remote reserve.

Earlier in the month I enjoyed two of the most educational days I’ve had in many years. I spent them in the field with botanist Dr Sergio Zamudio who has been surveying the Sierra Gorda´s flora for more than 30 years – and his work is still far from done.

First we visited a reserve recently established with the support of World Land Trust‘s (WLT) Buy an Acre fund. Covered with conifer-oak temperate forests, the reserve is home to rare agaves, with their strange red flowers.

Sergio almost fainted on the first steep ridge, but luckily recovered, and after a while we reached the reserve. Here we found first an agave with a flower structure unique among agaves, a completely new species. But there was more. On a single rocky outcrop he showed me four more new species, some already described and others in the process, all of them endemic to that tiny area, the high ridge of the Sierra Madre.

I confess that when we decided to buy the land that now forms this very unique area, now a reserve, it was by pure luck that we chose such an important place in terms of rare plants. I am pleasantly surprised and honoured that Grupo Ecológico Sierra Gorda (GESG) is able to protect it with the support of World Land Trust.

Cloud forest and a rocky labyrinth

The following day we visited the same area but the eastern slope in the neighbouring San Luis Potosi state. It is much wetter here and magnificent cloud forest still exists, despite extensive deforestation and maize cultivation.

I have been exploring the higher part of the sierra of the area since 2000, going to places where even locals have never been before. Truly these are virgin forests – and rocky labyrinths.

There are huge jagged rocks, loose boulders, crevices and sinkholes all over the place. Many of the sinkholes are covered with leaf litter and you have to take care not to slip into the bowels of the sierra.

On a hike here back in 2009 I found a beautiful big sinkhole, with a towering oak inside it. Also within it were tiny butterworts growing in the limestone. I photographed them and sent the photos to Sergio before this recent visit. He was confident that I had photographed a brand new species so this visit was simply to check them. He specialises in butterworts and has described several from different parts of Mexico (in Sierra Gorda four and counting). They only flower in winter, so we shall return in a few months (quite happily!).