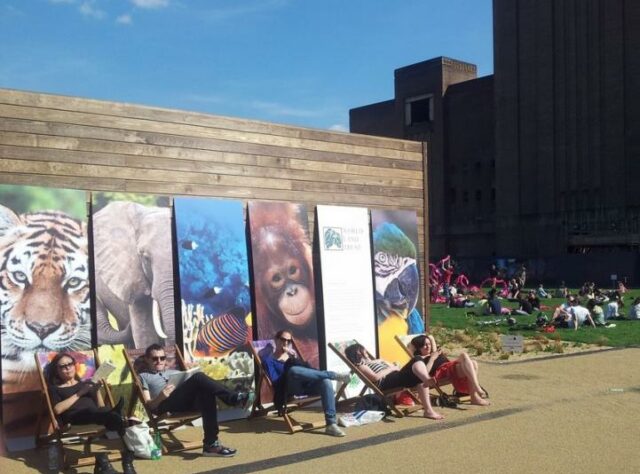 Deckchairs designed to raise funds for World Land Trust (WLT) had their first public outing at the Chelsea Fringe.

Next to the imposing Battersea Power Station, and in front of WLT’s colourful displays, visitors to the Chelsea Fringe were invited to ‘Sit to Make a Stand’ in deckchairs especially designed for the Trust.

The Sit to Make a Stand Collection has been created by WLT in collaboration with University of Southampton’s Winchester School of Art and Southsea Deckchairs.

Ruth Stanton Saringer, WLT’s Communications Officer, was at the Chelsea Fringe event. “Everyone who saw or sat in the chairs loved the idea that each chair that’s sold raises money for World Land Trust and saves half an acre of forest,” she said. “It’s such a simple concept and it’s already raising awareness of the Trust and the important conservation work that it does.”

“Everyone who saw or sat in the chairs loved the idea that each chair sold raises money for World Land Trust and saves half an acre of forest.”
(Ruth Stanton-Saringer, WLT’s Communication Officer)

Emma Beckett of Emma Beckett PR has been coordinating the deckchair project on behalf of WLT. She too has been delighted with public interest in the chairs and will be showing them for a second time over the weekend of 8/9 June. “The Chelsea Fringe is a great opportunity to showcase the chairs,” said Emma. “Here’s to a long hot summer and strong sales of deckchairs!”

Southsea Deckchairs have expertly produced the five chosen designs using sustainably sourced timber with PEFC accreditation. Deckchairs go on sale in the summer at £150, and £50 from every sale goes to World Land Trust. More information »

Sit to Make a Stand – WLT deckchairs at Chelsea Fringe: details of venue and event » 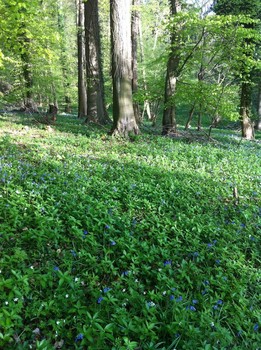 Kites Hill reserve is coming back to life after a long hard winter. Unlike other reserves supported by World Land … 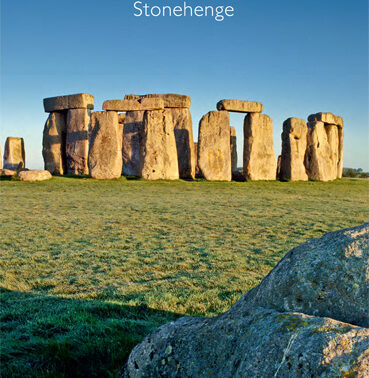 English Heritage (EH) has committed to using Carbon Balanced Paper for all its visitor guides, which is projected to save …