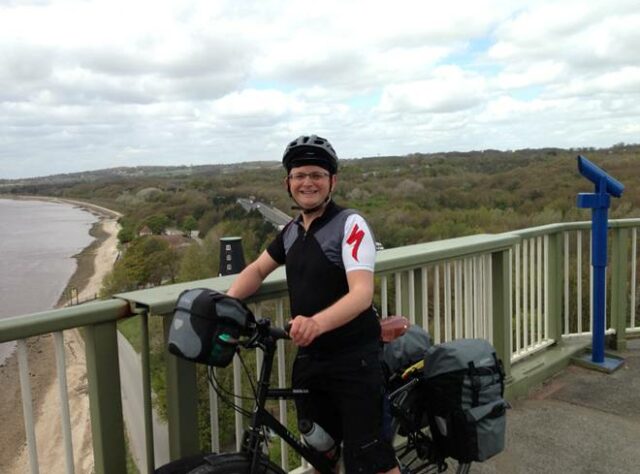 In April 2013, Toby Gibson, formerly Web & IT Manager at World Land Trust (WLT), started a four month stint on the road. After more than a month cycling, working on his photography skills and raising money for the Trust, he sent us this report.

In the short time I spent preparing for the event, I realised there was nothing stopping me from cycling 50 or so miles in a day, planning one day at a time and going wherever the road takes me. I worked out roughly the ‘circumference’ of mainland Britain, and the distance suited the time I had available.

I didn’t want to start fundraising until I knew I was capable of covering at least a reasonable distance. But when someone completely out of the blue gave me all the change in his pocket (£1.10) for my chosen charity, I decided to set up a Just Giving page. Having worked at WLT, I know that any funds make a huge difference so it’s great to help the Trust and enjoy myself at the same time.

In terms of time and distance, I’m averaging around 50 miles a day, and plan to keep going until the end of August. I take a rest day about once a week and I’m having a bit of a break in the middle of June for, er… a sponsored bike ride, and a wedding.

The total distance I aim to cover will be more than 4,000 miles, but it will depend on time, money and weary bones.

The route has mainly been quiet country roads, following the Sustrans national cycle network, with a few bumpy tracks and some very welcome sections of towpath and old railway lines. Very occasionally I take A or B roads or city centre routes.

I have been camping, with the occasional overnight stay in a youth hostel, B&B or friend’s house.

The most special places on the trip are the moors and woodlands (and the coastline – when I see it). I slow down in these areas, and take lunch breaks – these are quite rare – and just take it all in. Seeing how rare these native woodlands are makes me even more determined to support charities like World Land Trust.

Cycling is the perfect pace for me: fast enough to cover a lot of ground but slow enough to feel part of the natural world. I have heard several tawny owls. I have seen lapwings, kestrel and curlews on the moors, marsh harrier, buzzards, grouse, plenty of hares, one roe deer, one muntjac, gannets, razorbills and kittiwakes, and lots, lots more.

Having lunch in the sunshine on the North York Moors with a hailstorm passing over the distant hills, arriving at a campsite (one of the falling off points!) to be told “the puffins are normally seen over that way”. (I didn’t see puffins at Bempton Cliffs but the close up views of gannet colonies were spectacular.)

Meeting great people along the way, and measuring my progress by the speed of the change in regional accents.

Reaching the top of a seemingly endless hill on the very first day into a 50 mile an hour headwind, only to find that the downhill route continued in the same direction, with the wind screaming up the valley. I had to pedal hard just to move downhill for about 5 miles with a white noise torture in my ears. I still arrived at the campsite with a huge smile on my face – so lowlights soon turn into highlights.