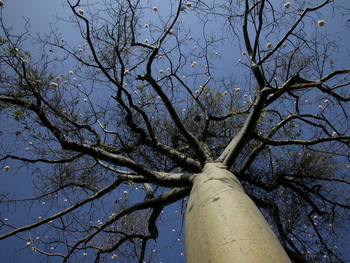 “I feel that we both, NCI and WLT, share the same conservation values,” said Bruno Paladines from Nature & Culture International (NCI) after his recent visit to World Land Trust’s (WLT) headquarters in Halesworth, Suffolk.

Bruno, NCI’s Program Coordinator, was in Halesworth to develop the partnership between the organisations and to report on conservation initiatives supported by the Trust.

The visit was a great success and the two organisations are now discussing future joint projects in Ecuador.

Bruno made the comment about shared values following a presentation to WLT staff during which he described NCI’s focus on whole ecosystems rather than on individual species.

NCI’s approach met with a warm reception at the Trust because the approach corresponds with the Trust’s own mission to protect and sustainably manage natural ecosystems of the world rather than to focus efforts on safeguarding specific species.

Ecuador’s southernmost region is an area of extraordinary biodiversity – and WLT’s partnership with NCI is helping keep it that way.

The reserves lie in the region of Zamora Chinchipe, Loja and El Oro. This is the smallest of Ecuador’s seven regions, covering 11 per cent of the country.

Considering the region is less than one third the size of Scotland, it has an amazing wealth of biological and cultural diversity. This richness is due in part to its remote location and topography, which includes both the low and high mountains of the Andes.

WLT has been working with NCI since 2010 and is currently supporting several Carbon Balanced projects in southern Ecuador.

Laipuna In 2012 funds from WLT’s Carbon Balanced programme funded the purchase of 670 acres (271 hectares) in Laipuna. This was the first time that Carbon Balanced funds have been used to protect Tumbesian habitat.

Maycú During 2012 and 2013 funds from WLT’s Carbon Balanced programme funded the purchase and management of 1,507 acres (610 hectares) over five sites in Maycú.

Numbami In 2012 WLT supported a total land purchase of 531 acres (215 hectares) in Numbami thanks to  WLT corporate supporter The Body Shop, who provided funding to purchase 279 acres (113 hectares), and the Carbon Balanced programme, securing 252 acres (102 hectares).

Rio Nea In early 2011 funds from WLT’s Carbon Balanced programme funded the purchase of 692 acres (280 hectares) in Rio Nea in what was WLT’s first project with NCI.

Buy an Acre and Keepers of the Wild

In Laipuna WLT’s Buy an Acre fund has helped NCI to purchase 613 acres (249 hectares) of threatened Tumbesian tropical forest to extend the Laipuna Reserve as well as the 670 acres (271 hectares) funded by the Carbon Balanced programme. The total area of land now protected by the Laipuna Reserve is 5,197 acres (2,103 hectares).

World Land Trust also funds the employment of Keeper of the Wild José Acaro to work in Laipuna reserve.

In 2012 a generous donation from CCF enabled WLT to help NCI purchase land to enlarge the Cazaderos Reserve. In 2013, thanks to another donation from CCF, WLT is assisting ongoing conservation in the reserve through the employment of a Keeper of the Wild Guilbert Hernando Olaya Aponte.

Since January 2011 with the help of funds from WLT’s Buy an Acre appeal, NCI has purchased and protected three properties in the Podocarpus-el Condor Biosphere Reserve, in southern Ecuador, along the border with Peru.

You can support NCI’s conservation work in southern Ecuador through Buy an Acre and Keepers of the Wild.