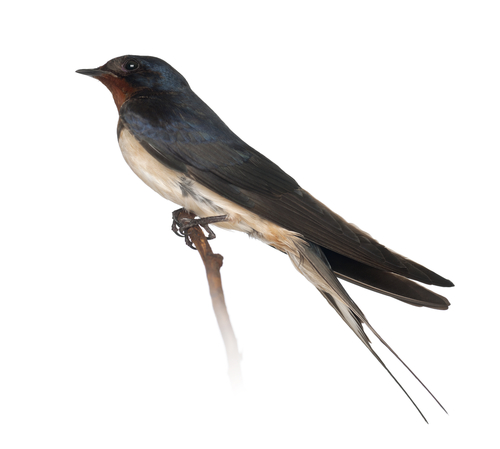 From its beginnings in the late 1980s, World Land Trust (WLT) has focused much of its funding on saving threatened habitat for birds. As well as saving forests for endemic birds, the Trust also responds to the conservation needs of migratory birds.

The distance of their journeys, and their need for stopping over points along their migration paths, makes them extremely vulnerable to changes in the world’s habitat, environment and weather systems.

Whereas healthy populations of resident birds usually indicate a healthy local environment, migratory birds require a network of receptive environments around the world, and it’s not enough just to protect one part of the route.

Protecting the breeding ground of a particular species of bird is all well and good, but if that same bird’s feeding ground on the other side of the world is unprotected, the species will suffer – even to the point of extinction.

When WLT was established in 1989 as Programme for Belize, we were motivated by grave concern that the forests of Belize were being plundered at an alarming rate – the self same forests that were home to North American song birds during the winter.

As Gerry Bertrand (Honorary President of WLT) said: “People just don’t realise. My home state is Massachusetts, and over 65 per cent of the birds we call ‘our birds’ are really not temperate birds – they are tropical birds. They just happen to come north to breed. We get them four months of the year, they get them eight months of the year. Most of their lives they spend in Central and South America, which is why saving this habitat is so vital.”

As a result of the pioneering work carried out by Jerry and his colleagues, as well as WLT, Programme for Belize now owns and protects 262,000 acres of tropical forest and wetland habitat and is ensuring a safe winter to huge numbers of migrant birds.

Migrating birds in forests of Danjugan

After the success of Programme for Belize, the WLT went on to save another important habitat for migrating birds in the Philippines.

Danjugan Island is the only island in the Visayan group that still has its original forest cover. The island is an important resting place in the southern hemisphere for migrating birds such as swifts, swallows and several species of kingfisher.

By 2000, WLT had successfully raised £250,000 to purchase and protect Danjugan as a nature reserve.

Since 2009, in the Kinangop Highlands of Kenya, WLT has been fund raising to save tussock grassland for a flagship bird species: Sharpe’s Longclaw.

While some people may ask why save a whole habitat for the benefit of one species, the truth is Kenya’s grasslands are home to an enormous range of over wintering birds.

Africa’s rapidly disappearing grasslands are of vital importance to migratory birds, some of which are Britain’s best loved birds, returning to the UK every spring. The grasslands and savannah of sub-Sahara Africa are a short-term home for millions of European migrant birds that fly south from Europe every autumn as the weather gets colder.

Over 190 Palearctic land-bird species migrate south across the Mediterranean and vast Sahara desert to feed on the flush of food stimulated by the rainy season south of the Sahara.

The coastal steppe of Patagonia, where WLT funded the purchase of the Estancia la Esperanza, now a Wildlife Refuge, is a key location for migratory birds.

The famous Valdes Peninsula to the south is an important staging site for migratory shorebirds. Over 40,000 Magellanic penguin nests can be found here spread over five different colonies between September and April.

World Migratory Bird Day is celebrated on 11/12 May 2013. This year’s theme ‘networking for migratory birds’ reflects both the vital importance of protecting networks of stopping over sites, and the need for networking between conservation organisations to improve the lot of migrating birds.

Some 18 per cent of birds are long-distance migrants (1800 of the world’s 10,000 bird species), and most if not all are threatened by human activities, the most detrimental of which is the loss or degradation of suitable habitat, particularly the draining and reclamation of wetlands.

Many of WLT’s conservation partners are protecting habitat for migratory birds. A donation to WLT’s Action Fund will help migratory birds across all our projects.

Join us for a photo-journey through Patagonia’s wild and wonderful nature reserve – Estancia La Esperanza. A place of …