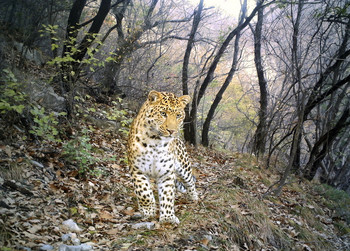 BBC Wildlife Magazine has launched its 2013 Camera-trap Photo of the Year competition, its annual global search for the very best remote-camera images.

The competition, sponsored by the World Land Trust and Enterprise Plants, is open to both field researchers and keen amateurs.

Now in its fourth year, the competition aims to discover the most visually exciting or significant camera-trap images being produced around the world.

A maximum of 12 camera-trap images can be entered into any of the following four categories:

Camera-traps are invaluable for nature conservation

John Burton, Chief Executive of World Land Trust, said: “Camera-traps are invaluable aids to conservation often providing essential proof of the existence of rare animals, as well as allowing populations to be monitored with minimal disturbance. These prizes, which go to organisations rather than to individuals, are a great encouragement to extend the use of camera-traps as a conservation tool.”

Sophie Stafford, Editor of BBC Wildlife Magazine, said: “From courageous jackals to Chinese leopards and curious tiger cubs, the competition is a source of precious insights into the secret lives of the world’s most elusive – and rare – species. We have been delighted by the popularity of the contest and are thrilled to be able to support such important research, thanks to our generous sponsors.”

The winner of each of the three ‘research’ categories will be awarded £1,000 for their project. The overall winner will be chosen from one of these three winners and their project will win an additional £2,000. The winner of the British Wildlife category will win a top-of-the-range Páramo Halcon jacket worth £310.

Chris Jenkin, Managing Director of Enterprise Plants, is delighted to help fund organisations committed to preserving flora and fauna by sponsoring the competition prizes: “The competition perfectly highlights both the need for and also the success of habitat conservation around the world. The stunning pictures highlight not only the grace and beauty of the animals themselves but serve to remind us how critical it is to preserve their natural habitats to ensure these species survive.”

Catherine Whitehead of Páramo Directional Clothing Systems adds: “Páramo are excited about the prospect of another crop of wonderful and evocative camera trap photos and are particularly looking forward to the British wildlife entries and the unexpected that they may uncover. We are delighted to offer our top of the range Halcon Jacket as a prize to help keep the British wildlife category winner warm and dry in the British cold and wet.”