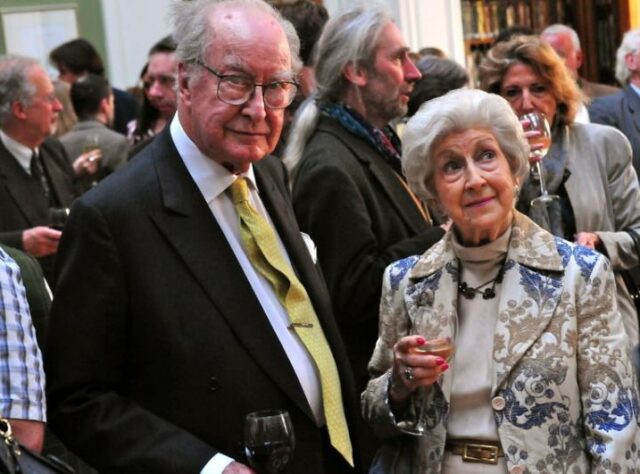 Frank Thornton died peacefully in his sleep last weekend aged 92. One of Britain’s best known actors for many years, he was also a birdwatcher, and a very keen supporter of the World Land Trust (WLT).

I first met Frank and his wife Beryl  in the early 1980s when I was staying with Jerry Bertrand in Concord, Massachusetts. Frank had contacted Massachusetts Audubon Society to ask them to recommend a good place to go birding. Jerry suggested that as a fellow Brit I should go with them, along with Richard Forster, Mass Audubon’s ace birder. It turned out that Frank and I had been to the same South London secondary school, albeit nearly a quarter of a century apart, and Frank expressed an interest in supporting conservation.

It was natural that when we founded the World Land Trust (initially as Programme for Belize (UK)), we asked Frank’s help at events. His famously Shakespearean voice could silence a crowd of a couple of hundred chatterers. For the next 20 years Frank attended many of our events often acting as master of ceremonies.

Frank’s ‘day job’ was as an eminent and successful character actor, and over the years he performed with many of the best known actors in Britain. But he liked nothing better than a walk with binoculars, and was superb, relaxing company. The World Land Trust will miss him vey much, and send our best wishes to his wife Beryl, who has also always been a great friend of the Trust, and their daughter and grandchildren.