Fundraising round up: WLT supporters are on their marks! SEARCH NEWS 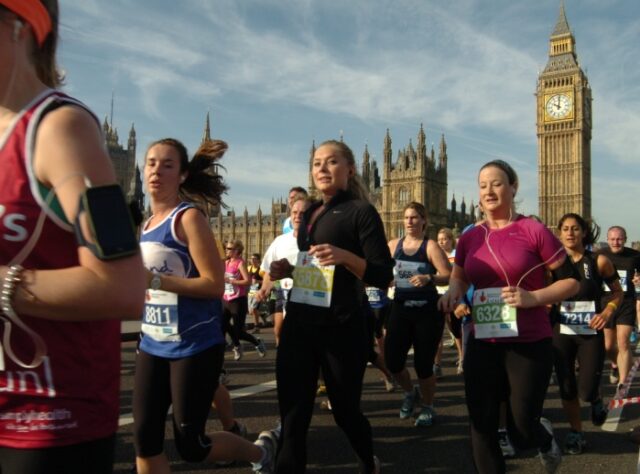 In 2012, 56 individual supporters raised a total of more than £24,000 for World Land Trust (WLT), and seven organisations together raised more than £12,000. These are fantastic totals!

It’s great to see the figure raised by WLT supporters increasing year on year. We are very grateful to all those who put in so much effort to raise funds.

The fundraising efforts of WLT’s supporters provide a very welcome income stream for our urgent conservation priorities. “Fundraisers also play a vital role in helping spread the word,” says Viv Burton, WLT’s Head of Communications. “Through their efforts the Trust’s name reaches a wider audience of people who may not come into contact with us by other means.”

So far in 2013, supporters of World Land Trust (WLT) have got off to a great start with their fundraising efforts. Notably:

Our friends at CBRE, who cycled from Toulouse to Barcelona and raised a magnificent £11,000 for WLT last year, are in the midst of organising another cycle ride with a new challenge. At the end of May, CBRE’s doughty cyclists will be setting off on an epic route across the Austrian Alps from Munich to Trieste. You can sponsor them »

Closer to the WLT office, Suffolk Climate Change Partnership is organising a sponsored cycle ride in and around Halesworth, and we shall provide more details as they become available.

WLT supporters Jesse and Norah Davies plan to run 2013 kilometres between them in 2013 to raise £2013 for two charities, World Land Trust and Youth Sport Trust. We love this imaginative way of raising funds but don’t envy them the 20km per week (each) that they are setting themselves as their target. Find out more about how they are getting on, and how to sponsor them »

Meanwhile Sabrina McNally is running the Stratford upon Avon Half Marathon on 28 April 2013 and we wish her well on that.

WLT has signed up five runners for WLT’s charity places in the 10km Great Manchester Run which takes place on 26 May. Among the five are Christina Ballinger, WLT’s Writer/Editor, and Peter Foster, a WLT volunteer.

This is not the first time Christina and Peter have run a 10k race together and they are hoping to improve on their previous times. “We are looking forward to the Great Manchester Run,” said Christina. “We aim to complete the race in an hour, which is much easier for Peter than it is for me!” The other three runners are Lee Stuart, Kate Mutton and Robert Sailsbury.

“Fundraisers also play a vital role in helping spread the word and through their efforts the Trust’s name reaches a wider audience of people who may not come into contact with us by other means.” (Viv Burton, WLT’s Head of Communications)

Calling 4 runners in the south

WLT also has four places left for the Great South Run, a 10 mile race which takes place in Portsmouth on 27 October 2013. If you would like to take up a place on the run, or would like more information before making up your mind, please contact our fundraising team at fundraising@worldlandtrust.org or call 01986 874422.

On a related theme, Daniel Codd is planning to do the Tough Mudder Yorkshire on 7 and 8 September 2013, and a big thank you to Steven Attwood who completed Men’s Health’s Survival of the Fittest at Battersea Power Station last November, and raised £400 for WLT. You can still donate to his fundraising page»

Going to the limit

In May Brian Harvey is sky diving to raise money for World Land Trust. Two years ago he raised funds with a walk along the Devon Coast, and it is great that he is supporting the Trust for a second time.

In November Jane Fraser will be trekking to Everest Base Camp.

Clare Southern and her fiancé Sam are chasing horizons on a motorcycle tour of Africa and the Americas, and hoping to visit WLT project areas on the way. Follow their progress »

Are you thinking of setting up an online fundraising page for World Land Trust? If you’re taking part in an organised event or setting your own personal challenge, you could win £2,000 for your charity. Once you’ve got your first donation, Virgin Money Giving will automatically enter you into a prize draw to win this great prize.

Set up your fundraising page before 30 April and secure your place in the draw for World Land Trust. Find out how to enter Virgin Money’s prize draw »

If you are tempted to try your hand at raising funds for WLT we would love to hear from you.