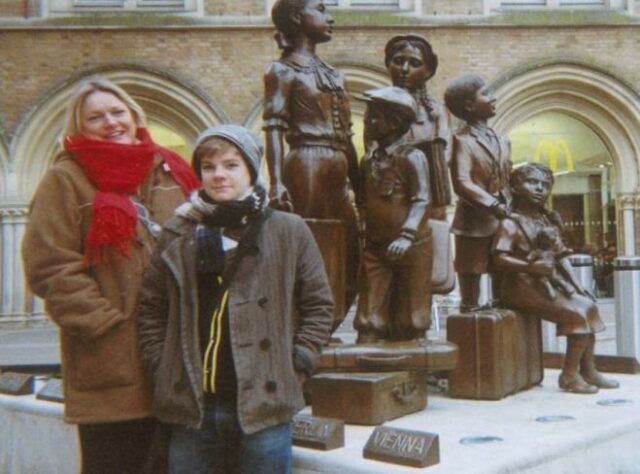 “Joe and I had an excellent time,” Louise Robinson told World Land Trust (WLT), after a biodiversity tour of London with her son Joe earlier in the year.

London wouldn’t ordinarily be renowned for its biodiversity but WLT Council Member, Iain Orr, has a passion for searching out the wild and wonderful side of the capital.

Iain is an expert on wildlife, and former Head of Biodiversity at the Foreign Office. He donated the tour as a prize in WLT’s charity auction, which was held at the New Cut Arts Centre in Halesworth.

The tour, which included complementary train fares to London and lunch at Rainforest Café in the West End, took place in February.

Afterwards Louise told WLT: “We are back from our day in London where Iain was patient and interesting. We photographed graffiti in the East End and had a pastry in a Russian bakery, we visited an urban farm and saw beautiful sculptures of animals.

“Our quest was to find some representation of each animal chosen for the Chinese years. This we achieved. We beach combed on the Thames and had a great lunch in the Rainforest Cafe. Iain is such an interesting man and so good to give his time to educate us, and such delightful company. Thanks for making this possible.”

Rainforest Café has supported WLT for many years, and offers a ‘rainforest dish’ with a donation to WLT.

The Biodiversity Tour of London was a popular offer in the 26 auction lots. Together with the raffle, the Silent Auction raised almost £1,500 for the Trust’s urgent conservation work.