Land purchased and protected: 2012, the year in review SEARCH NEWS 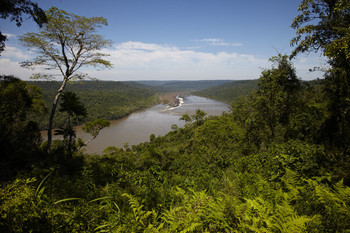 The Trust’s main aim has always been to raise funds to purchase critically threatened habitats, and to develop pioneering projects and partnerships with overseas conservation organisations.

The year in pictures and detailed highlights »

During the year, ongoing protection of the reserves was made possible through WLT’s Keepers of the Wild programme. WLT’s Plant a Tree programme enabled reforestation of reserve areas that had been cleared prior to purchase. In addition, companies and individuals were able to offset their unavoidable carbon emissions through WLT’s Carbon Balanced programme.

*This total does not include areas of land reforested, designated a management area or otherwise protected but without being purchased

Partners and projects – a Conservation Alliance

This brings to 30 the number of WLT’s partners. Of these, 26 are programme partners for whom WLT has committed funding for conservation activities, currently or in the past. The other four are operational (strategic) partners with whom WLT maintains active communication, particularly in respect to Conservation Alliance activities.

Two special appeals were launched during the year: the Margarita Island Parrot Appeal and the Caucasian Leopard Appeal. Fundraising for WLT’s second major land purchase in Malaysian Borneo came to a successful conclusion in March, and at the end of 2012 WLT announced that a new Borneo Rainforest Appeal would be launched in 2013, with the aim of raising one million pounds.

Meanwhile, work continued throughout 2012 to develop the Paraguay Forest Conservation Project in association with Guyra Paraguay and Swire Pacific Offshore (SPO). This is a major project, which over 20 years, will offset SPO’s unavoidable emissions by preventing the release of at least 800,000 tonnes of carbon dioxide from the biodiverse Chaco and Atlantic forest regions of Paraguay.

The year in pictures and highlights of the year including land purchases, endangered species protected and other WLT activities »