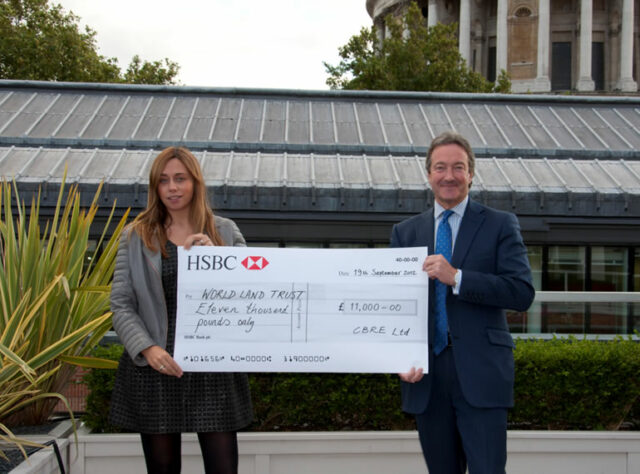 CBRE employees have raised an incredible £11,000 for World Land Trust (WLT) following a long-distance cycle ride over the Pyrenees from Toulouse to Barcelona.

Nearly 70 riders from various CBRE offices took part in the ride, and a handful of the very keenest cycled from London to Toulouse just as a warm up, and then on to Barcelona!

WLT is grateful to all the CBRE cyclists who pedalled their way to raising a magnificent sum of money for charity. This is the second time CBRE has supported WLT’s work, following a splendid donation of almost £5,000 in 2010 from a London to Paris ride.

CBRE summed up this year’s event with a final post on their fundraising web page: “Well done to all!! After a fantastic effort by everyone we made it to Barcelona in one piece – well mostly apart from the random grazes to hands, elbows, bent wheels and derailleurs, sunburn, windburn and some remarkable tan lines! …All in aid of worthwhile causes and thanks again to our big sponsors for giving so generously.”

The Toulouse to Barcelona ride took six days in June, and raised £39,000 in online donations. WLT was one of four charities to receive funds from the event.

CBRE’s cycling team are now in training for a ride from Munich to Trieste in 2013.