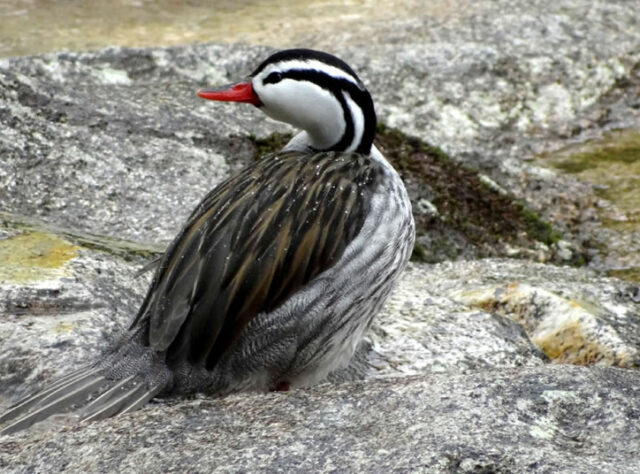 Every acre counts: nearly 1,500 saved in one month in Ecuador, Paraguay and Mexico..

Fundacion Jocotoco‘s Narupa Reserve, in NE Ecuador, currently protects 1,376 acres (557 ha) in the Andean foothills above the Amazon basin; Narupa is part of the Amazon river system. It is a corridor project that hopes ultimately to protect land contiguously with Sumaco National Park and Napo-Galeras National Park, enabling wildlife to move safely across an increasingly fragmented landscape. Forests in the foothills are more at risk of clearance for agriculture compared to those above and below (the higher altitude Andes slope and the Amazon basin) which are slightly less vulnerable. The Reserve also protects the habitat of several species of North American migrant birds, many of which are suffering from population decline as this rainforest habitat is critically reduced.

The Rio Hollin, photographed below, runs through the centre of the Reserve and both sides of the river are part of the reserve. Torrent Ducks, whose populations continue to decline, have been seen on the river. They breed in the Andes of South America and inhabit fast flowing rivers; they are reluctant to fly. Puma, Ocelot and Brazilian Tapir are known to occur on the reserve; some have been captured by camera-trap and tracks have been identified by rangers.

Due to the generosity of a German donor who was particularly anxious to conserve forests on the east slope of the Andes in Ecuador we were able to contribute to the new land purchase which adds another piece of the jigsaw. The Narupa Reserve, now safeguards 1,566 acres (634 ha) and is slowly closing up the gap between the Sumaco National Park and Napo-Galeras National Park. 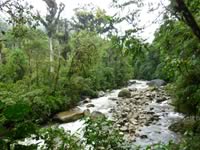 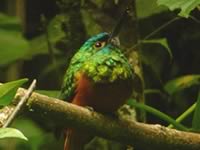 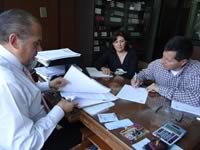 The latest land purchase agreement is signed in Quito in October, when the title for 190 acres was transferred to Fundacion Jocotoco to increase the size of the Narupa Reserve.

Jose Acaro, one of our Keepers of the Wild at Laipuna Reserve, Ecuador, has been training in firefighting methods to use when faced with forest fire.