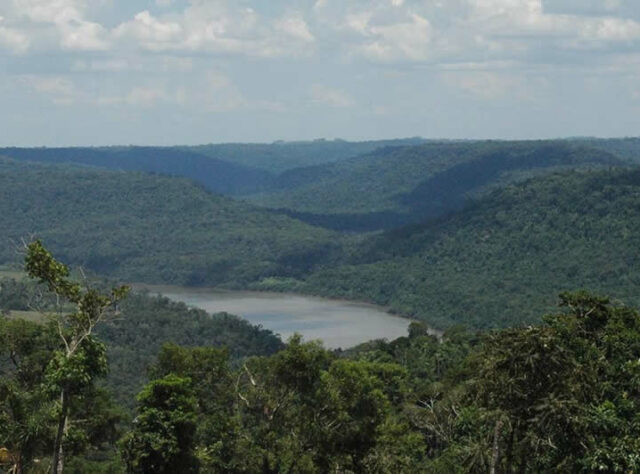 I watched a video on the internet appealing for funds for a ‘landscape scale’ project to conserve biodiversity on the Isle of Wight, a small island off the south coast of England.

This made me think about what we mean by ‘landscape scale’, because I often say that this is precisely what the World Land Trust (WLT) tries to do: conservation on a landscape scale.

But the Isle of Wight is only just over 90,000 acres in total, whereas the WLT’s first project in Belize involves a landscape of over 250,000 acres (actually an impact of over four times that if you count neighbouring properties). While the conservation work we are supporting in the Chaco in Paraguay is an area of two and half million acres (with only five rangers to protect it, which WLT is helping to fund through the Keepers of the Wild programme).

In somewhere like the Isle of Wight, where I imagine land is going to cost between £5000 and £10,000 an acre (if not more) a landscape scale operation may only be a hundred acres or so – but that will probably cost more than a million pounds. In many parts of South America that same million pounds might buy as much as 20,000 acres – that’s around 20 per cent of the area of the entire Isle of Wight.

It is all too easy to make such comparisons and of course both are important for totally different reasons.

If you live on the Isle of Wight (or Suffolk where we are based) you will want to save wildlife on your own doorstep. But at the same time, if we want to save the world’s wildlife on a meaningful scale and have some true wilderness left, then we do need to save land in the tens of thousands of acres at a time.

The problem is that time is running out. It is in the large, remote areas that land prices are escalating fastest. Chinese investors are buying up huge tracts of land in Africa and South America. Booming economies in Brazil and other parts of the world are putting increasing pressure on land – and land is one commodity that is in ever increasingly short supply. As Will Rogers (not Mark Twain as many people think) said: “Buy land. They ain’t making any more of the stuff.”

We at the WLT know this only too well: but we need the funds. We need funds to give to our partners working across the world; all local conservation organisations that work within their communities to save wildlife habitats.

While our number of supporters has been growing steadily (even in these hard economic times), it is barely enough to keep up with land inflation prices, nor is it enough to buy all the valuable conservation land that our partners are trying to acquire. A £10 or $15 a month regular donation will add about another acre per person per year – a real and meaningful way to protect the planet’s threatened environment.

So spread the word and sign up, if you haven’t done so already, and become Regular Donor to help make us tick.