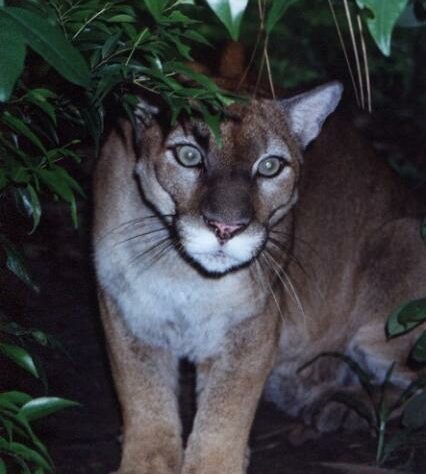 Last year, Chessington World of Adventures Resort launched the Chessington Conservation Fund (CCF) to raise money and awareness about the need to protect the natural world.

It has been so successful that through WLT they have already funded the creation of a nature reserve in south-west Ecuador to protect 128 acres of threatened habitat, the same size area as their resort in Surrey.

The area is recognised as a global biodiversity hotspot: about 20 per cent of the plants in this ecosystem are endemic so found nowhere else on Earth, while this ecosystem also has one of the highest concentrations of endemic bird species in South America.

But with less than five per cent of this forest type remaining, it is more endangered than both the Atlantic Rainforest and the Amazon Rainforest.

Saving animals in the wild

The Cazaderos Tropical Forest Reserve is home to wealth of wildlife; Pumas roam the forest, while in the tree top canopy the charismatic Hoffmann’s Two-toed Sloth forages alongside families of noisy Mantled Howler Monkeys. The area is one of the last refuges for the American Crocodile (Crocodylus acutus) and endangered Neotropical Otters fish in the reserve’s river.

Deforestation of the area is already underway to create pastureland for livestock or large monocultures for growing banana, sugar cane and rice. While the global demand for biofuels has raised the price of corn, leading to a dramatic increase in forest clearance for corn plantations. On top of this, a new proposed road in the area brings the future threat of further development and destruction. 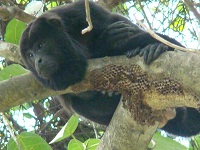 CCF has helped significantly in protecting this area, creating a greater safe haven for wildlife.

Each year, Chessington World of Adventures Resort organises a fundraising evening to raise money and awareness for the CCF. This event sees the zoo opening its gates late into the evening to allow guests to chat one-to-one with keepers, enjoy an array of animal shows and presentations, as well as to learn more about species’ conservation needs in the wild.

A highlight of the evening is the auction, where guests bid for a number of exclusive meet and greets with some of Chessington’s iconic species, including the critically endangered Sumatran tigers.

WLT’s stall at the fundraising evening for the Chessington Conservation Fund, which has protected Cazaderos Reserve in Ecuador. © WLT.

At this year’s event on 23 June, WLT had a stall to meet the zoo’s guests who had showed-up in support of this fundraising initiative. All the staff working on the evening volunteered their time for free, to ensure that all proceeds went to CCF’s chosen charities – WLT, Surrey Wildlife Trust, EAZA’s Annual Campaign and Ape Action Africa.

It was inspiring to meet the staff who were all so passionate about the great achievement of the CCF and the nature reserve it had funded in Ecuador. They spread this enthusiasm to the zoo’s guests, who were delighted that Chessington World of Adventures Resort was giving them a way of directly helping to protect animals’ habitats in the wild. 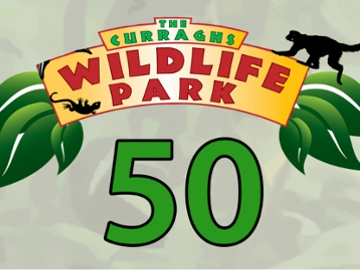