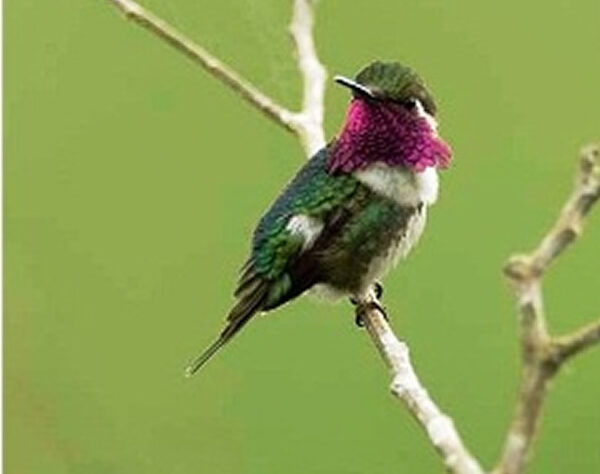 Barely two and half inches long, the tiny Esmeraldas Woodstar is an Endangered species of hummingbird suffering from a very rapid and on-going population decline.

Restricted to a small area of western Ecuador, the species is threatened by severe habitat loss – less than five per cent of its rainforest habitat in the lowlands remains as a result of logging, development, cattle grazing and agriculture.

In a bid to reverse its decline, a new nature reserve was created by WLT partners, Fundación Jocotoco and World Land Trust-US (WLT-US) working in collaboration with American Bird Conservancy (ABC).

This hummingbird species was little known until a few years ago, when researchers discovered its only known nesting areas along streams on Ecuador’s Pacific Coast, near the village of Ayampe. 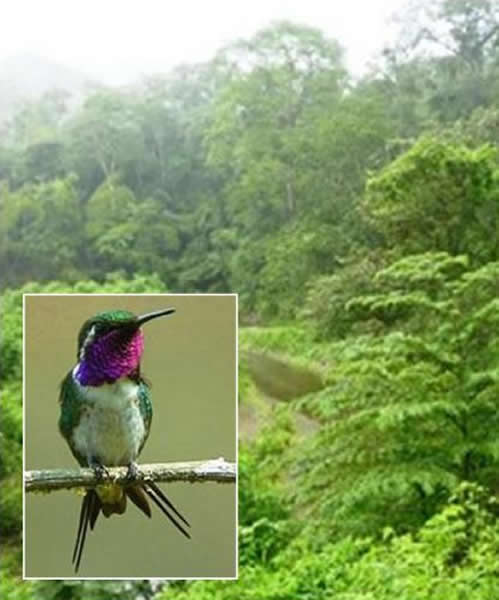 This once sleepy village has become a magnet for beach-loving tourists and forests in the area have already been destroyed to make way for resorts. This deforestation is threatening the local population of Endangered hummingbird, which breeds in lower elevation areas along streams that run adjacent to large forest patches.

“Following our discovery that the Esmeraldas Woodstar’s breeding range is completely unprotected and at severe risk of being destroyed, we immediately launched conservation efforts with the community and acquired the most vital areas to establish the Ayampe Reserve.”

The hummingbird is affectionately known by local people as ‘Estrellita’ (little star) and the communities of Las Tunas and Ayampe were keen to work with the conservationists to protect the species. ABC provided key resources to support initial land surveys and to develop the concept of the new reserve with the communities of Las Tunas and Ayampe, who have not only shown a great interest but are poised to become an important partner in managing the reserve to protect their ‘Estrellita’.

“I am so pleased to see the wonderful Esmeraldas Woodstar finally protected, and gratified to see that the communities of Ayampe and Las Tunas have taken up the cause of conservation so strongly – they are an inspiration to us all!”

Looking to the future

This first land purchase to create the Aymape Reserve is just the beginning; WLT-US and Jocotoco are keen to protect much more of the Rio Ayampe Valley. Escalating tourism is already putting a strain on this fragile habitat and the natural resources it provides; beach development requires large amounts of fresh water and in the dry season the Ayampe River is the only source available. In 2011, locals were very concerned because by the end of the dry season, the flow of water had ceased for the first time in memory. There are rumours that there are plans to dam the Ayampe River to provide water for beachfront development.

In addition to tourism expansion, the immediate Ayampe area suffers from a combination of threats, including over-grazing by goats and cattle, continued loss of what little forest habitat remains, and uncontrolled dry season burning. There is much more to be done in the bid to save this threatened habitat and its wildlife, yet WLT-US and Jocotoco are proving that it can be achieved.

“WLT-US is proud to support Fundación Jocotoco to create its 10th nature reserve as part of our strategic network of 67 protected areas across Latin America to save the most endangered species. These decisive actions prove once again that purchasing and protecting the last remnants of habitat are the most effective tactics to safeguard the rarest species and prevent extinctions.”