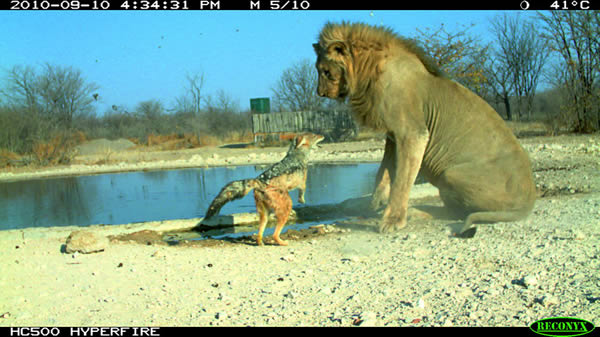 Do you work on a conservation project that uses remote camera technology? Then enter your photographs in BBC Wildlife Magazine’s Camera-trap Photo of the Year competition 2012, sponsored by World Land Trust (WLT) and Páramo, and you could win a research grant of up to £3,000 for your project. 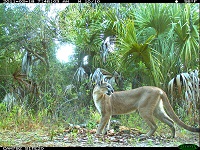 Animal Portraits catagory winner: Florida Panther Synoptic Survey, USA (Winning £1,000): “Thanks to you all; we are looking forward to purchasing additional cameras for the Florida Panther survey with the prize money.” © Roy McBride/Rebecca Sensor

This year the competition also has a new British Wildlife category for amateur photographers experimenting with remote cameras. The winner of this category will receive a top of the range Páramo Halcon jacket worth £310.  Páramo’s clothing is ethically manufactured in Bogotá, Colombia, and the company is Carbon Balanced through WLT.

Launched in 2010, the competition has been raising awareness for conservation by showcasing the most exciting and revealing camera-trap images being captured by conservationists around the world. In the three research categories, the judges give particular weight to the contribution that each image makes to scientific knowledge.

Camera-traps have revolutionised the way that conservationists study animals in the wild, gaining intimate knowledge of their behaviour and leading to some astonishing new discoveries. 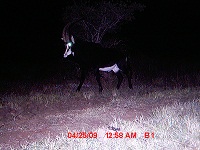 They are contributing enormously to scientific knowledge, hopefully leading to improved conservation of the species.

John Burton, WLT’s CEO, said: “Importantly, this money doesn’t go to the individual but instead provides direct funding for conservation projects. WLT believes in working with overseas partner NGOs so we are delighted to be able to strengthen their resources in this way.”

Last year’s overall winning photograph, a stunning image of a fearless Black-Backed jackal running rings round a male lion, was entered by Ken Stratford from the Ongava Research Centre in Namibia.

Ken explains where the funds have been spent:

“We have decided to purchase a GPS collar and tracking equipment for a leopard, since that is the remaining large carnivore species on Ongava for which we have very little home range data – apart from that derived from camera-traps, of course. Thanks very much for the generous support. These funds will indeed make a difference.”

The deadline for entries to the 2012 BBC Wildlife Magazine Camera-trap Photo of the Year competition is 13 July. The winners will be announced in the December issue of the BBC Wildlife Magazine on sale on 21 November. You can enter online now. We look forward to seeing 2012 entries: we are never disappointed.