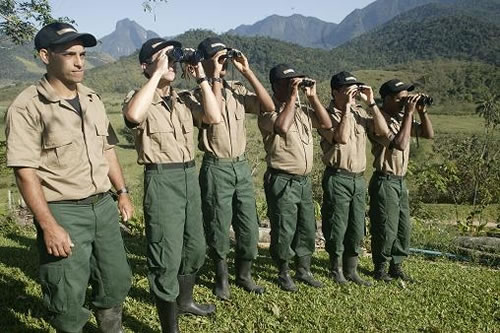 It has been a year since World Land Trust (WLT) launched its ranger programme to help our partners protect nature reserves and their threatened wildlife across the world.

Funds raised through Keepers of the Wild has enabled us to put more rangers in the field to carry out important conservation work, to raise awareness about environmental issues within local communities, and to protect threatened habitats and wildlife from illegal hunting and logging.

WLT sent out a questionnaire to discover more about the lives and work of our rangers, who protect threatened habitats and rare species in some of the most remote and beautiful parts of the world:

Rangers are protecting some of the most beautiful places on Earth, like Margarita Island off the north coast of Venezuela. © Provita.

1. Do you think your work is important?

All the rangers believed that their work was essential in protecting threatened habitats and wildlife.

Ranger Pablo Millán from Venezuela said: “I visit many places on Margarita Island and I don’t see the same diversity of plants and animals that I see in the nature reserve, this is because we prevent people from damaging wildlife in the area. We don’t do this for ourselves – we do this for the plants and animals, so they survive and don’t become extinct.”

2. Has your life changed since becoming a ranger?

All the rangers described how their life had improved; for many, it has been their first secure job with a regular income, enabling them to provide for their family. They take great pride in their work and being a ranger is highly regarded within the local community.

Ranger Abel Reséndiz from Mexico explains: “I really appreciate no longer having to earn money as a migrant worker in the USA. I’m convinced the forests and animals are in trouble and they need all our help.”

Pumas are found in a large number of WLT-funded nature reserves throughout Central and South America. © Terry McManus.

3. Is there a species you would love to see?

It perhaps isn’t surprising that nearly all the rangers named a Big Cat as the animal they would most like to see: be it the Jaguar, the Puma or the Leopard.

Ranger José Acaro from Ecuador said: “The puma is the animal that I would like to see most in the wild because it is beautiful and mysterious, but of course I don’t know what I would do if one was in front of me!”

4. What is the most difficult part of your job?

Many highlighted that a lack of rangers and equipment made their long hours and already physically demanding work even harder.

Ranger Galo Vélez from Ecuador said: “It would be good to have two people in the reserve all the time; with the expansion of the reserve we need more rangers.”

5. What is the best part of your job?

Without doubt, the rangers described the beauty of the environment and the wildlife that they help protect as being the most rewarding part of their job. They enjoyed sharing this passion with local people – their friends, family and neighbours – and raising awareness about the importance of protecting the natural world.

Ranger Berjaya Elahan from Borneo said: “Being a reserve ranger has changed my life; I have learnt to better appreciate the Earth’s environment and wildlife. As a ranger I am now able to share my passion for conservation, especially in protecting wildlife and nature.”

Rangers who had been working in the area for a few years felt that local people were seeing the benefits of environmental protection and were very supportive of their work. However, some communities feared that an increase in protected nature reserves would lead to a lack of farm land for agriculture.

Ranger Galo from Ecuador said: “Some people think that protected areas are good, others want protected areas away from the villages because they don’t see direct benefits from the reserves and see them as impediments to their development. I believe more advice is needed on how to increase agriculture production on smaller amounts of land.”

7. Does your government do enough to support conservation?

None of the rangers felt that their governments were doing enough to support conservation in their country, although some said they had seen improvements in recent years with a few successful initiatives. Yet they would all like more prolonged support.

Ranger Messias Gomes da Silva from Brazil said: “I believe the state and municipal governments could do much more for conservation, although the state authorities did successfully organise a training course for both the Three Peaks State Park and REGUA Rangers.” He added: “I would like the Forest State Police to patrol with the REGUA Rangers at least once a year; their presence becomes an intimidating factor to hunters in the area.”

The threat of illegal hunting, logging and environmental damage will be a continuous issue that our partners must face as they try and protect more of the planet’s most threatened habitats and wildlife.

Yet with support from dedicated rangers they not only ensure the day-to-day protection of the nature reveres, but by working with local people to raise awareness about environmental issues they are also securing the long-term success of our conservation projects. 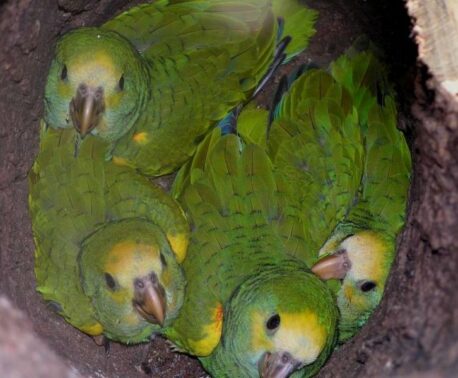 It has been a good year for Yellow-shouldered Parrots nesting in the dry forests of Venezuela’s Margarita Island. This success … 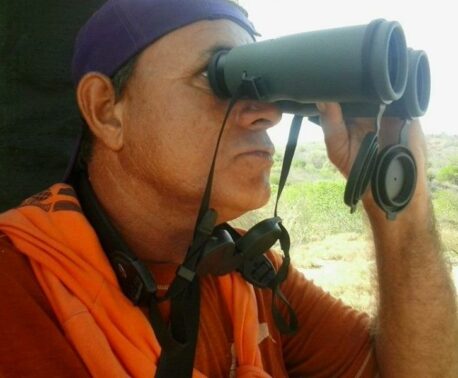