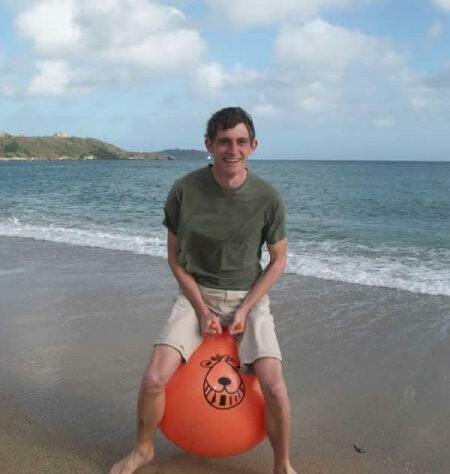 On July 17, Roger will bounce along Gwithian Beach in Cornwall on a Space Hopper to raise funds to save threatened habitats and wildlife across the world. While hopping along on top of this iconic toy, which became a major craze when it hit the UK in late 1960s, Roger will attempt to break the Guinness World Record™ for the ‘Farthest Distance Travelled on a Space Hopper in 24 hours’, currently standing at 3.11 miles (5 kilometres).

Roger said: “I will look a complete and utter muppet and possibly cause myself some serious pain, but there is in fact a reason for doing so! The World Land Trust is a charity close to my heart. They buy areas of natural land in order to preserve them and the species which live within them, and therefore encourage the natural ecosystem. So please, dig deep – and look out for passing boys on space hoppers!” 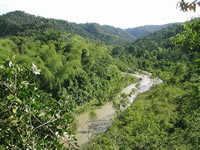 On the run up to his Space Hopper challenge, Roger has been working tirelessly to organise fundraising events to encourage more donations and raise awareness about WLT’s work to save threatened habitats across the world. There has been no limit to Roger’s imaginative ideas for encouraging sponsorship; at fundraising landmarks Roger has come up with some fun and silly forfeits – when he reaches the £400 mark he will spend the day dressed in a pink onesie, when he has raised £450 he will wax his legs and at £500 he will dye his hair orange to match his space hopper.

To raise awareness the day before his record breaking challenge, Roger will have a stand at his university campus bioblitz: a campus-wide species survey which he and his university friends are organising. WLT thinks that this is a fantastic way of encouraging people to get involved in conservation.

We would like to wish Roger all the best in his Guinness World Record™ attempt and we encourage all our supporters to get behind him – raise awareness on Twitter and Facebook or donate to him on Just Giving.

Good luck Roger and thank you from everyone at the World Land Trust.