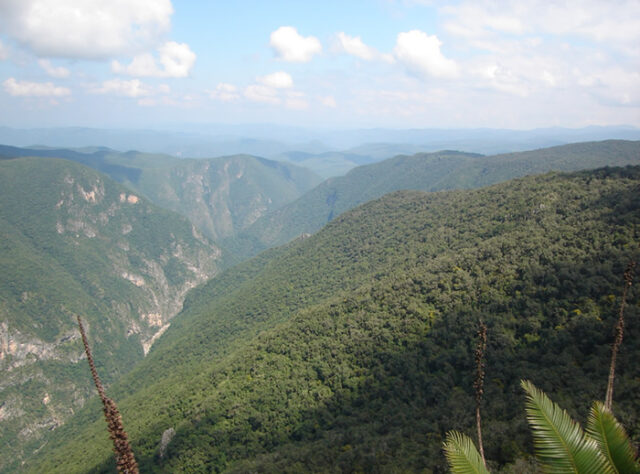 World Land Trust (WLT) celebrates funding the creation of more nature reserves last year than ever before, despite the financial crisis

With economic difficulties set to continue in 2012, WLT is heartened by the fact that despite 2011 being a financially difficult year we were able to create more reserves than any other year.

With your support we have funded the purchase and protection of 17,035 acres (6,894 hectares) of highly threatened habitat. This enabled our partners across the world to create or expand 15 nature reserves – protecting some of the most threatened species on the planet. Read more about our land purchases in 2011:

In February, we funded the creation of the El Jagüeycito Reserve in central Mexico to provide a safe haven for Jaguars, Ocelots and Pumas – to name just a few of the impressive species that can be discovered in the reserve. This was shortly followed by the creation of the nearby Cañón del Fresno Reserve; this remote area in Sierra Gorda state has an extreme terrain and amazingly diverse mix of species, with young flora growing alongside ancient endangered species, making this a unique and ethereal habitat. 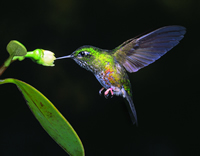 In Colombia, World Land Trust (WLT) funded two new reserves to protect the Critically Endangered Colourful Puffleg hummingbird (above) and the Endangered Golden Poison frog – one of the most poisonous animals on Earth.© ProAves

Travelling down the Pacific coast to South America, we helped create two new reserves in Colombia; one to protect the Critically Endangered Colourful Puffleg hummingbird and the second to safeguard the Endangered Golden Poison frog – the most poisonous vertebrate on Earth, carrying enough poison to potentially kill about 10 humans. Both of these species are endemic to Colombia, so are found nowhere else in the world and were completely unprotected until WLT and our partners stepped in to save this land.

In neighbouring Ecuador, WLT has helped all four of our project partners to create new reserves or extend existing ones, successfully purchasing a total of 2,431 acres (977 ha) across the country. Early in the year, for example, WLT helped purchase the Río Nea Reserve supported through our Carbon Balanced programme. Carbon Balanced enables individuals and companies to offset their unavoidable greenhouse gas emissions through the protection and restoration of carbon-rich wildlife habitats. The creation of the Río Nea Reserve, in the south-east of the country, will offset over 35,000 tonnes of carbon dioxide emissions during the 20 year project life, while also protecting an array of threatened species.

As part of WLT’s commitment to combat dangerous climate change, we are working on a REDD+ project in Paraguay to save large areas of biodiversity rich habitat that is under imminent threat of deforestation. Although part of a long-term project, we have initially helped create the Colonia San Gabriel Arcangel Reserve protecting 11,000 acres (4,400 ha) of highly threatened habitat in the Chaco region of northern Paraguay – without this land purchase, the bulldozers would have unquestionably moved in.

In the Brazilian Atlantic Rainforest, we helped expand the Guapi Assu Reserve by 79 acres (32 ha) so that it now protects over 18,000 acres (7,284 ha). Our fundraising focus in Brazil for 2012 will support more rangers to protect the reserve, funded through the Keepers of the Wild appeal. We will also be supporting reforestation and natural regeneration of reserve’s habitat through Plant a Tree with WLT.

We ended 2011 with some great news; the long awaited purchase of a strategic parcel of land for Orang-utans in Malaysian Borneo was successful – these iconic Great Apes had a safe home for Christmas. The Sabah state in northern Borneo, where WLT is focusing our funding efforts, is home to 80 per cent of Malaysia’s wild Orang-utan population yet the rainforest is being destroyed at an alarming rate to make way for oil palm plantations. WLT is working with a network of partners to save this critical habitat.

A challenging year ahead

We could not have achieved these great successes in 2011 without your commitment and support. During the year, we were delighted to see that the numbers of WLT Partners (supporters who donate regularly by direct debit) have continued to steadily rise – once again proving the consistent generosity and commitment of our loyal supporters.

We are expecting 2012 to be a difficult year financially but by working closely with our network of conservation organisations across the world and by targeting funds efficiently, we will continue to successfully save more of the world’s wild spaces with your support.