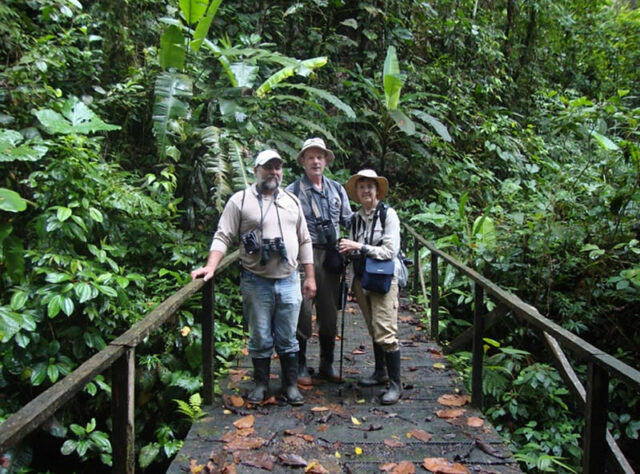 Discover how ranger in Ecuador protects threatened wildlife, while working with local people to help solve their social and environmental concerns

In the past month, ranger Galo Vélez has taken part in five meetings to help combat a spate of increased crime in the local area surrounding the Río Canandé Reserve, where he works in north-eastern Ecuador.

Galo is highly respected member of the community, not only because of his role as a ranger at Fundación Jocotoco but because he is also president of a community group in his spare time.

This is why it is so important to that World Land Trust (WLT) works with in-country partner organisations, like Fundación Jocotoco, that employ local people to protect and managed their reserves. They promote the importance of protecting the environment, while often working with local communities to address any other social problems or concerns.

A lot of manpower is spent working with local people to spread the importance of an environmental protection, as well as helping to address any other wider concerns or problems. As head ranger, Galo would like at least two more people to join his team to strengthen their community work and to help protect the reserve.

“With the expansion of the reserve we need more people,” Galo said. “It is a 19 kilometre walk from the lodge to the River House at the other end of the reserve, which is quite a long distance.”

Galo is supported through the Keepers of the Wild appeal, launched by the World Land Trust (WLT) to put more rangers in the field and provide vital resources. Despite gaining much pleasure from their work, Galo and the other rangers suffer from a lack of equipment. One item Galo wishes for is a camera; not only to photograph the amazing wildlife on the reserve but also to record signs of illegal hunting surrounding the reserve. 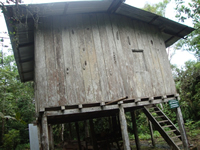 In addition to working with the community and tourists, over the last couple of months Galo has continued with the essential maintenance of the bird observatory tower and this river house. © Fundación Jocotoco

Having worked as a ranger for 11 years, Galo has been lucky enough to see some remarkable and rare species – from the impressive Puma and Endangered Great Green Macaw, to the charismatic Spider Monkey and unusual-looking Umbrellabird. An important part of Galo’s job is to protect threatened species from hunters and their habitat from environmental destruction, but it is crucial that he has the resources to achieve this safely.

In Brazil, for example, a recently donated camera from Olympus is helping our Keepers of the Wild rangers to tackle the problem of illegal hunting, development and deforestation while avoiding any conflict with hunters, who are often armed.