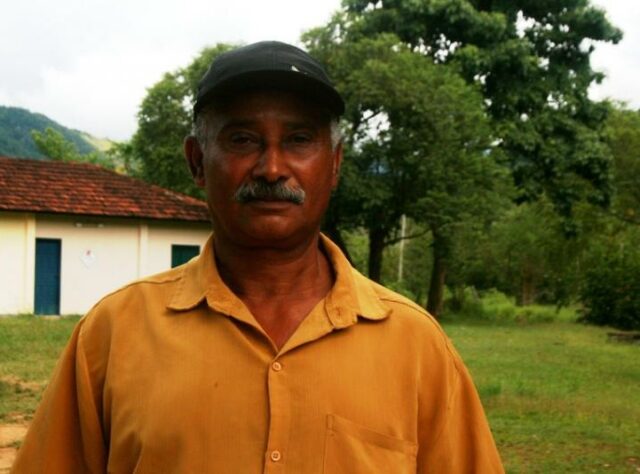 Meet the ranger who now, after years of cutting down trees in the Atlantic Rainforest, is giving back through his dedication to the Reforestation programme

The Atlantic Rainforest once covered a huge swathe from eastern Brazil, through Uruguay and Argentina, to eastern Paraguay. Now only seven percent survives, making it crucial to save the remaining last fragments.

Antonio Teixeira Nunes is a ranger at the Guapi Assu Reserve in Brazil and is supported through the World Land Trust’s Keepers of the Wild appeal. He said:

“Becoming a ranger has been a very positive step in my life; I feel more respected by my fellow villagers and by my own family. My job is very important because I am directly contributing to the protection of the forest.”

Yet before Antonio had a secure job and income as a ranger, for WLT partner organisation REGUA (Reserva Ecológica de Guapi Assu), he was a hunter and responsible for cutting down some of the forests. Nicholas Locke, director at REGUA, said:

“Ranger Antonio likes to help plant trees, easing his conscience over the many trees he cut down years previously.’’

“Many of the rangers were involved in cutting down the forests in the first place and their involvement in its restoration is an act that gives them great satisfaction. The success gives them the confidence to know that this change is possible and valued.” 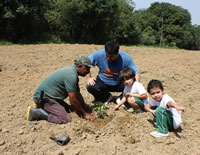 Antonio now enjoys tree planting as a ranger to make up for the many he cut down in the past. Photo © REGUA

The Guapi Assu Reserve was once an agricultural farm, so some of the habitat had previously been destroyed or damaged to make way for crops or for cattle grazing. Since 2006, WLT has been funding a Reforestation Programme, to support tree planting and assisted natural regeneration to reconnect small patches of isolated forest.

Antonio’s dedication to protecting the Rainforest and its wildlife makes him a passionate ambassador for conservation, encouraging community involvement in his work and ensuring the long term success of his projects.

“Antonio is the eldest member of REGUA`s staff and very much respected by everyone in the reserve. He is a very energetic man who is always ready to work in the forest, irrespective of time and day.”

Plant a Tree with WLT: help ranger Antonio in the Atlantic Rainforest

An important part of Antonio’s job is working with local people to plant trees and collect seeds from the forest. For as little as £5, you can plant a tree in Guapi Assu Reserve and help support Antonio’s plight to restore parts of the Atlantic Rainforest.

Help support Antonio and his devotion to restoring the Atlantic Rainforest through the Keepers of the Wild Appeal or Plant a Tree with WLT.

Antonio is one of three rangers at REGUA to be supported through the Keepers of the Wild appeal. Funding from BIAZA member zoos and the 2010 Royal Parks Half marathon is funding these rangers. 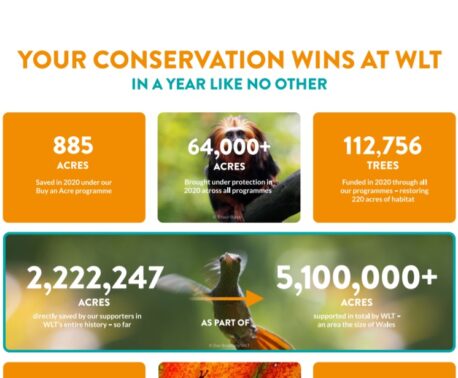 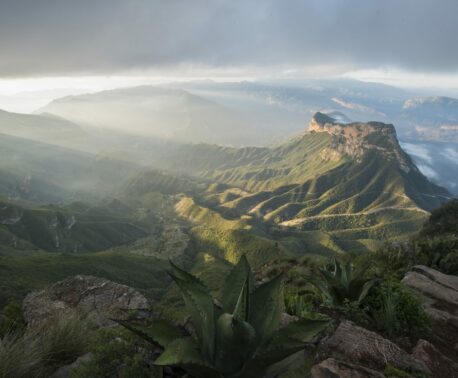 #YourConservationWins2020: Over two million acres saved by WLT backers after year of victories for nature 14/12/2020

We have some very exciting news for all our supporters. Fuelled by a raft of spectacular conservation wins over the …