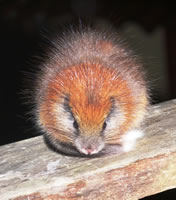 Thought to be extinct, this rare rodent hit the headlines when after 113 years it was rediscovered in a wildlife reserve established by ProAves, a World Land Trust partner organisation

The Red-crested Tree Rat (Santamartamys rufodorsalis) had not been recorded since 1898, until it was spied on 4 May at the El Dorado Nature Reserve in northern Colombia, owned and protected by World Land Trust (WLT) partner ProAves. Volunteers at the reserve, who are researching endangered amphibians, stumbled across this animal when it showed up at their EcoLodge in the evening. This pretty red-furred rodent, described as being the size of a guinea pig, is from a unique genus and could only be identified by two specimens collected in 1880. Unaware of the importance of their discovery, the volunteers took photographs of  it and later showed them to Paul Salaman, Director of Conservation at WLT-US, who identified the “extinct” species. The species is almost certain to be rare and researchers predict that it will be listed by the IUCN Red List as Critically Endangered. It is therefore great news that this species has been rediscovered on a reserve area that protects 2,000 acres (809 hectares).

Just two hours away from the popular tourist city of Santa Marta, the El Dorado Nature Reserve boasts spectacular views of the towering glacier-covered peaks of Sierra Nevada and the contrasting sands of Caribbean beaches. Named after the legendary city of gold, El Dorado is ProAves’ flagship reserve and hosts the highest concentration of continental range-restricted bird species found anywhere in the world. Its habitat is primary subtropical and montane forest of the Sierra Nevada and the reserve holds one of the highest concentrations of endemic and threatened amphibian species, with much of the flora and fauna above the EcoLodge being endemic. Yet, the Sierra Nevada region and its species remain relatively unknown, with at least two new bird species discovered in 2007. This included a species of screech owl that roosts beside the reserve’s EcoLodge – the very same place that the Red-crested Tree Rat was rediscovered. 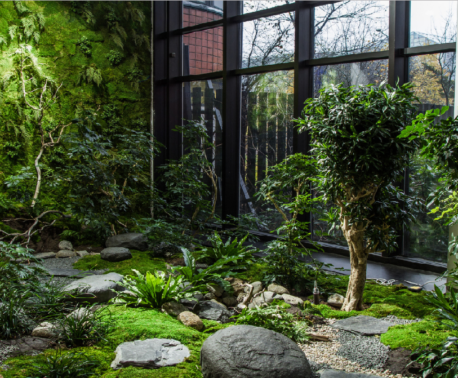 Finnish company, Innogreen, have supported World Land Trust (WLT) since 2011 making a donation for every square metre of Green …