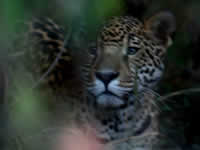 From vital research into Jaguar populations to discovering new bird species, the conservation potential of the Chaco is yet to be fully explored.

Although Jaguars are doing comparatively well in the Chaco, they do come into conflict with ranchers where they have suffered loss of habitat and lack of prey species, which results in them taking cattle © S.Centron.

New research on Jaguars in the Chaco region of Paraguay aims to increase numbers and reduce conflict between the big cat and local farmers. The World Land Trust (WLT) is working to conserve vast areas in northern Paraguay in partnership with local project partners Guyra Paraguay. Conservationist, Anthony Giordano, is working with Guyra Paraguay in the Defensores del Chaco National Park, an area that WLT is raising funds for as part of the “Defending the Chaco Appeal”. Anthony specialised in researching populations of Jaguars in Paraguay and is using genetic techniques that will enable him to identify individual Jaguars from samples of their faeces. Through studying healthy populations of Jaguars, that have enough habitat and prey, he hopes to establish the sex ratio, space and dispersal possibilities. The Jaguar is doing comparatively well in the Chaco, which is not the case throughout most of its range. Yet the high level of deforestation in the region continues to threaten their habitat and there is increasing conflict between local farmers and the Jaguars, as habitat loss and prey depletion means they resort to killing cattle.

Discovered for the first time in Paraguay; the Ticking Doradito can be distinguished from the Warbling Doradito by it's call © Paul Smith.

Research in the Chaco has also led to the discovery of a new bird species; the Ticking Doradito (Pseudocolopteryx citreola) is found in Argentina and Chile but this is the first time it has been recorded in Paraguay. It is very similar to the Warbling Doradito (P. flaviventris) but was distinguished by its different call. Although the Ticking Doradito has a slightly larger wing span, the only way you can tell them apart in the field is by its scratchy song. It was recognised as a separate species by the South American Classification committee (SACC), which is part of the American Ornithologists’ Union.

Find out more about the WLT's work in Paraguay 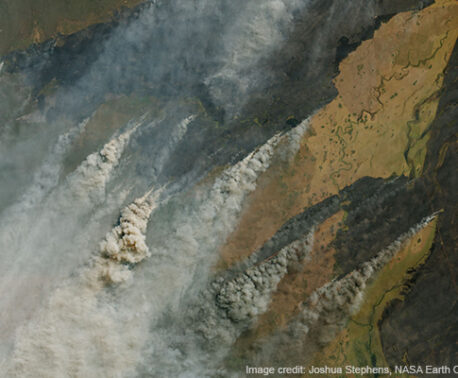 Over the past couple of weeks, World Land Trust (WLT) has been flooded with emails and enquiries about what can be done to save the Amazon and the world’s rainforests.