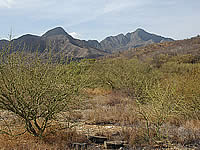 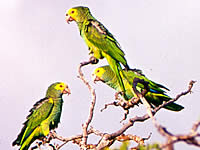 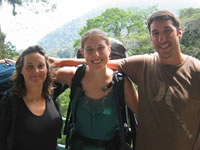 Venezuelan project partner of the World Land Trust, Provita has successfully secured its first ever land purchase on Margarita Island. The purchased area covers 700 hectare and is situated in the dry forests on the Macanao Peninsula, where the protected land will help safeguard the Yellow-Shouldered Parrot (Amazona barbadensis).

The newly-created reserve area is a particularly important roosting and feeding site for this species of parrot, which is the islands flagship species. A number of other species will also be protected through the land purchase, including two endemic snakes; Colubrid snake Drymarchon corais margaritae and Leptotyphlops albifrons margaritae. Also protected will be the White-tailed Deer, an endemic subspecies whose populations in Venezuela are threatened by overhunting and habitat loss. The next phase of the project will involve the implementation of Provita's strategy plan for the management of the reserve. Potential activities include a nature interpretation trail, development of a small scale nature tourism operation to generate income for management of the reserve, and the construction of a visitor centre/field station for research and teaching. Margarita Island was also the destination of a research expedition undertaken in conjunction with the World Land Trust this spring. The three 2008/2009 students on the Graduate Diploma in Conservation and Project Administration (a collaboration between the University of East Anglia and WLT) spent three weeks on the island earlier in the year, working in the Macanao Peninsula. Their research involved bird surveys for the proposed nature trail, the impact of sand mining on the vegetation on the island, and the nesting habits of the Yellow-Shouldered Parrot, assisting ProVita in their work to boost parrot numbers on the island.