Wildlife and environmental destruction: Why we protect land SEARCH NEWS 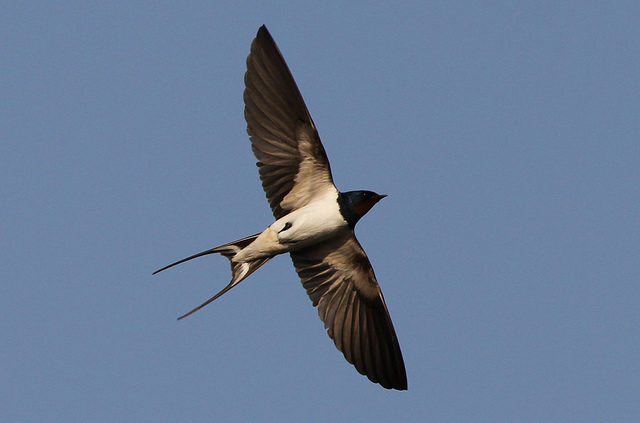 As we arrived at the office this morning I was reminded that it is important to always have the wildlife we are trying to conserve at the forefront of our thoughts. I was reminded, because over Halesworth in the midst of a large flock of swifts there was a Hobby hovering and chasing. A magnificent sight. But this year the number of swallows seems to be in free fall. Swifts, that most urban of species seems to be more abundant than I can recall in recent years (and bearing in mind that nearly 40 years ago, I was a real swift addict, catching hundreds of them to ring on a south London Sewage Farm, I have always taken a note of their relative abundance). This year plenty of swifts, but swallows and martins? Where are they? My explanation is not the unusual one of declining habitat, lack of nest sites etc. in Britain, but I would explain it by changes in their main habitat: Africa.

Swifts, swallows and martins spend only a few months of the year here in Britain and the rest further south, mostly in Africa. Swifts are extremely mobile, and often feed high over the rainforests of the Congo. The swallows and martins, feed much lower, and mostly in the Sahel (semi-arid tropical savanna and steppe) and other more open habitats, and that is where the habitat destruction is at its worst. And in agricultural areas, increased and often indiscriminate use of pesticides will also be taking a toll.

The same has happened in the New World. The migrant songbird numbers have crashed, not because of changes in Canada and the USA — that mostly happened a century or more back, but because of what is going on further south.

I have not heard a cuckoo this year outside a reedbed. Once they were so common I heard them in the London suburbs where I grew up. Wheatears which were once so common they were sold in their thousands in the London markets are now since only in tiny numbers; and so the story goes on. Unless their habitats in the south can be protected, these birds may disappear from the UK for good. I think that the scale of this environmental disaster is still being wildly underplayed. What do you think?