Rainforests and other, less ‘sexy’ bird habitats: How to look after ‘our’ birds SEARCH NEWS 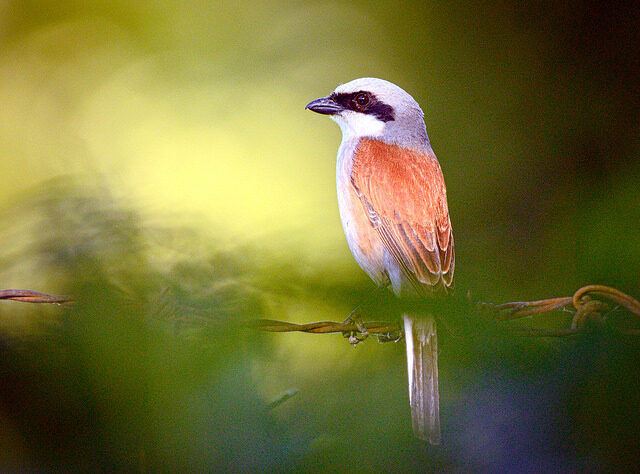 Concern about the future of the rainforests has never been higher, but still the destruction continues. And then there is the destruction of all the other important wildlife habitats that do not get so much publicity. Over a million hectares of the Paraguayan Chaco have been ploughed up by farmers, but this area consist of dry Savannah, grasslands and scrubs, a habitat significantly less ‘attractive’ to the media and potential donors than lush, tropical rainforest.

While much of the Chaco is still productive farmlands, a lot is now very degraded, as I saw when flying over recently. Being such a dry habitat, it is very vulnerable to desertification. And in Africa, the similar degradation of the sub-Saharan Sahel region is undoubtedly one of the main factors contributing to the decline of many of Europe’s migrant birds. And this decline is truly alarming.

I have been birdwatching for over 50 years, and species that were once common are now rarities. As a schoolboy I remember hearing cuckoos every year in the parks and suburban gardens of London. Last year I didn’t hear one in rural Suffolk. (I did hear one last weekend in Norfolk). Wheatears, and Yellow wagtails are just a two of the birds that I now consider rarities, and red-backed shrikes, which I once saw breeding in south London park are now extinct in southern England. All birds that run the gauntlet of habitat destruction when they migrate.

At our Anniversary event last Friday Jerry Bertrand reminded us that the reason Massachusetts Audubon Society started the Programme for Belize, was rooted in the concept that ‘their’ breeding songbirds wintered in Belize. The reality is that the warblers of Belize are actually Central American birds that pop up to Massachusetts to breed. Just as the Cuckoo is an African bird that comes to Britain to breed.

If we don’t look after these birds’ main range, they wont come and visit us. And whilst raising money to protect tropical rainforest birds is not always straight forward, obtaining funds for the protecting other important bird habitats is even more of a challenge. We would welcome suggestions for how to make the Paraguayan Chaco, or the Kenyan Grasslands (our newest project) as appealing to potential donors as our rainforest projects. Any ideas?