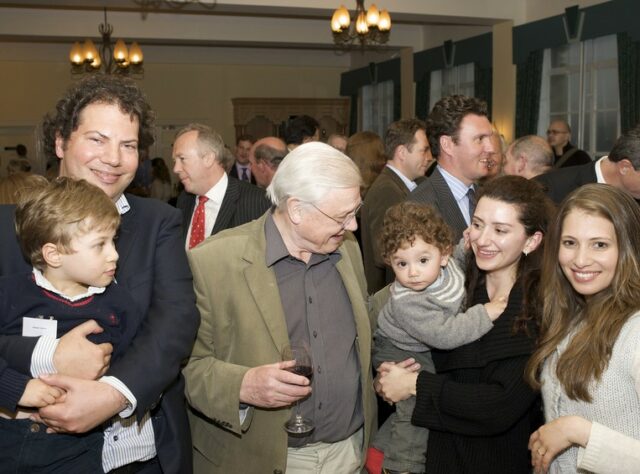 Last Friday was the 20th Anniversary of the World Land Trust, to the day (8 May). Lee Durrell, wife of the late Gerald Durrell to England for the celebrations, and spoke about the time she and Gerry came to the launch of what was then the single conservation project in Belize, back in 1989.

The celebrations were held in the Linnean Society of London’s rooms, at Burlington House, Piccadilly. Edilberto Romero, the current Director of Programme for Belize (PfB) gave an update on all the conservation work in Belize, where the 260,000 acres protected by PfB covers 4% of the country and is home to one of the largest populations of jaguar in Central America.

I concluded the presentations with a round-up of some of the WLT’s current conservation projects — though with 22 partners world wide, there was only time to mention a few. (More details of the 20th anniversary event, including the presentations, will be available on our website in due course.)

In the 20 years that have passed since WLT’s foundation, we have achieved and continue to achieve our objectives: Protecting wildlife habitats in perpetuity.

How do we know we have succeeded? Simple: The 260,000 acres of threatened forests and other habitats that our supporters have helped save in Belize are still there, permanently protected by local conservation organisations for wildlife and people. These areas are not deforested, not developed and not ploughed up for agriculture, which would otherwise have been the case.

If 260,000 acres doesn’t sound like much; you’re right, it’s not. It’s an area the size of Bedfordshire, which in the grand scheme of things is a drop in the ocean. We desperately need to save as much land as we can for threatened wildlife and you can help.