Off to India: Elephants, tigers and wildlife corridors SEARCH NEWS 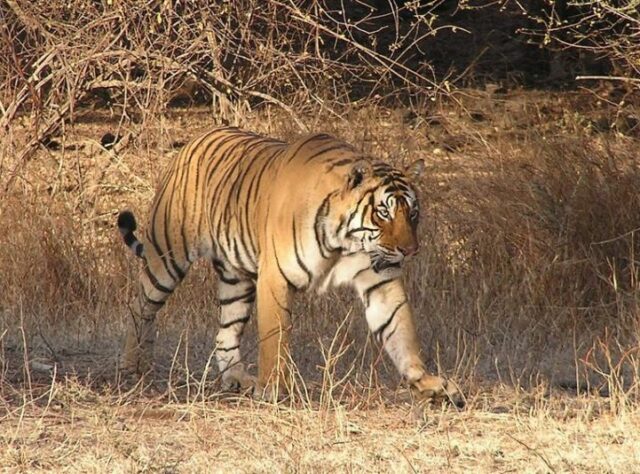 My blogs will be erratic or non-existent over next couple of weeks, as I am taking writer and journalists Simon Barnes and Peter Hughes with me on a visit to the World Land Trust’s Indian projects.

Both Simon and Peter have travelled to WLT project sites, both have been to Belize and Brazil and Simon has also spent time in Paraguay. We are hoping for some good newspaper coverage as a result of the visit. We are visiting the elephant corridor in Kerala, which is nearly completed, and also an area for proposed new corridors around Corbett National Park.

The Wildlife Trust of India (our local partners) have fixed a very full itinerary, and despite the number of formal meetings, I still hope that I will get to see some wildlife. In Kerala, the elephants are beginning to congregate at this time of the year, and sometimes it is possible to see a herd of over 100. And of course, Corbett is one of the few reserves where the number of tigers is actually increasing. It is over 20 years since I saw a tiger in the wild (in Rathanbore National Park), and it is still one of the images imprinted on my memory. It would be great to see one again.

And of course, the elephant corridors that we are helping fund with the Wildlife Trust of India, are also good for other wildlife. If a corridor is big enough for elephants, almost any other species will be able to use it too. And this was borne out in Kerala, when shortly after the corridor was used by elephants, tiger footprints were found as well.