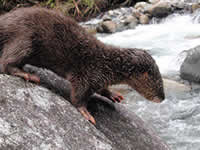 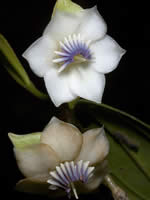 Young River Otter in the Río Zuñac (top) and the new Blakea tree species (above). Click on the images to see larger versions. Photos by Israel Valencia and Lou Jost respectively.

Some of the world's most diverse and also most endangered cloud forests exist on the western edge of the Amazon Basin in Ecuador. It is here that World Land Trust (WLT) partners Fundación EcoMinga are working to establish ecological reserves. EcoMinga have just published a progress report outlining the achievements of last year. These include:

You can read the full progress report on the EcoMinga website (pdf, 1.48MB, opens in new window)