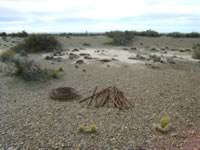 The area of the coastal steppe where the fences have been removed. (See a larger image of the area here.) 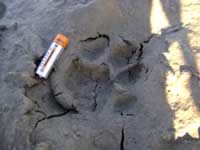 15,000 acres of the Coastal Steppe are protected at Estancia la Esperanza (Ranch of Hopes), a World Land Trust supported protected area in Patagonia, Argentina. The ranch is situated close to the Valdes Peninsula, which is considered to be one of the most valuable wildlife areas in the world.

Until recently none of the coastal steppe was protected but the Ranch of Hopes has been decreed an official Wildlife Refuge by the State Government of Chubut, in Argentina. This is a real credit to our local partners, Fundación Patagonia Natural, who have worked tirelessly to protect, survey and rehabilitate wildlife and the habitat.

In the Spring issue of WLT News we made an urgent appeal for funds to remove the fences and corrals on the Ranch of Hopes, left behind from when it was a sheep ranch. We are pleased to report that the funds were raised and the fences and corrals which were proving to be a deadly hazard for wildlife, have now been removed.

Thank you for your help.

Join us for a photo-journey through Patagonia’s wild and wonderful nature reserve – Estancia La Esperanza. A place of …