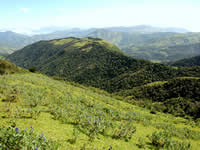 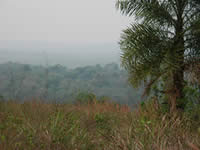 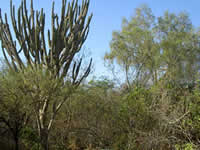 New land has been bought in Ecuador adjacent to Yanacocha (top), and in Paraguay in San Rafael (middle) and in the Dry Chaco (bottom). (Click on the images to see larger versions.)

World Land Trust project partners in Ecuador, Fundación Jocotoco, have recently purchased a strategic piece of land to expand their reserve at Yanacocha. This 88 hectare area is situated in high altitude Polylepis forest, a habitat type which is seriously depleted throughout the Andes.

The purchase was vital as the land was likely to be developed if it had not been secured by Jocotoco.

The land is targeted for tree planting to restore the forest that has been lost and will guarantee employment for Jocotoco staff for an additional two years.

In Paraguay, WLT partner organisation Guyra Paraguay have managed to add more land to two of their reserves; San Rafael and the Dry Chaco.

The purchase of 600 hectares adjacent to Guyra's core reserve area in San Rafael National Park means that they now manage and protect 6,600 hectares of endangered Atlantic Rainforest in the south-east of Paraguay.

The demonstrable support from WLT donors has enabled matched funding from two US foundations: WLT-US and American Bird Conservancy. With continued commitment from WLT Guyra aims to secure more habitat as well as continuing to carry out forest restoration and research.

Guyra recently secured 3,500 hectares of threatened arid habitat in the northwest of Paraguay – their first purchase in this region. The next phase of Guyra's project in the Dry Chaco is the purchase of 3,000 hectares with the overall aim to eventually secure 13,000 hectares in total.

John Burton, WLT CEO, visited the Dry Chaco recently and he says "it was astounding how the tracks of tanks used in the Chaco War in the 1930s were still visible – the habitat is so fragile it can take a century or more to regenerate."

Please help us save this unique habitat:
Make a donation to the Chaco/Pantanal Project.

Learn more about WLT's projects in Ecuador and Paraguay: