This is an archived page. For information about the Trust's conservation project in Patagonia, see the project pages

In conjunction with Trips Worldwide

(see www.tripsworldwide.co.uk for further details and a booking form)

When you arrive in Buenos Aires at 07:20 you will be met by an English-speaking guide. From the airport you will be transferred to your hotel, Hotel Castelar. After a short rest you have an afternoon city tour. In the evening you are invited to a Welcome Dinner.

Today you will be transferred to the domestic airport for the flight to Puerto Madryn. In Puerto Madryn you will be met by Carol & Carlos Passera (Directors of Causana Viajes and WLT Representatives in Patagonia). You will then be driven to your hotel, Hotel Bardas.

Early Departure to the Golfo San Matías area where the land protected by WLT is located. You will visit the Estancia, and explore the area. The Estancia covers 9.000 hectares of Patagonian steppe in a good conservation condition. Hills, plateaus, creeks, native vegetation and wildlife make up a representative portion of the region. More than 10 kilometers of coast add another rich and varied ecosystem to the area. The Patagonian steppe has a total area of 750.000 square kilometers. Low bushes give the appearance of a desert but in its apparent monotony this "desert" hides an enormous variety and diversity. More than 120 different species of native plants survive on the steppe. Wildlife is no less important, around 12 species of terrestrial mammals, 160 species of birds and 11 species of reptiles inhabit the steppe.

Today will be concentrated on the observation of flora and fauna in the area of San Matías. The coastal area located within the San Matías gulf, gives the place unique characteristics and a rich diversity of marine life. Gigantic marine mammals such as Southern Right Whales, Orcas, Dolphins, Sealions and Southern Elephant Seals are the highlights, together with birds like the curious Magellanic Penguins. These species and a large number of marine birds (including the migratory ones) give a great diversity to the zone. The San Matias gulf shores are part of the International Wetlands Program.

Today will be dedicated to exploring the Península Valdés. You will go on a whale watching boat trip from the tourist village of Puerto Pirámide. During the trip you may see the forty- foot long Southern Right Whales, that come to the waters of the Golfo Nuevo to mate and give birth. You will also see a number of birds including Mourning Sierra Finches, Great Shrike Tyrants, Burrowing Owls, Elegant-crested Tinamous, Patagonian Mockingbirds and Rusty-backed Monjitas. Rheas, Southern Elephant Seals and Maras may also be spotted.

Early morning drive to Punta Tombo to visit the penguin colony. You will have plenty of time to admire the Magellanic Penguins. Also keep your eyes open for Guanacos (a relative of the Llama), Elegant-crested Tinamous, Armadillos, Steamer Ducks, Oystercatchers, Terns, Petrels, Cormorants. Overnight at Hotel Libertador in Trelew.

Transfer to Trelew Airport for the flight to Ushuaia. In Ushuaia you will bemet and taken to your hotel, Hotel Los Nires. The rest of the day is free to relax.

Full day exploration and hiking in Tierra del Fuego National Park. The green of the Sub Antarctic Andean Beech Forest and the wild flowers, like Dog Orchids and Primulas, contrast with what you have already seen. Tall and Low Deciduous Beech and Winter's bark are a few of the trees you will be identifying. We will be trying to spot the beautiful Magellanic Woodpecker and the smaller Patagonian Sierra Finch or White-throated Treerunner.

Full day tour to the Estancia Haberton on the island of Tierra del Fugo.

You will be taken on a morning boat trip out into the Beagle Channel where you stop at small islands full of wildlife such as fur seals, sea lions and many sea birds including Nesting terns, Skuas, Kelp geese, Snowy Sheathbills, Albatrosses, Magellanic Penguins and Southern Giant Petrels. In the afternoon you will be driven to Rio Gallegos for your flight to Buenos Aires (or helpfully the new airport of Calafate). In Buenos Aires you will be met and taken to Hotel Castelar.

Today you will have a full day tour to the Los Glaciares National Park, to see the Perito Moreno Glacier. Overnight at hotel in El Calafate.

This afternoon you will be transferred to the airport for your return flight to London at 20.00. Check in at Buenos Aires is 22.00. Depart Buenos Aires on AR1190.

Flights as detailed on itinerary, WLT tour leader, accommodation as listed, all meals, transfers, all excursions mentioned in the itinerary accompanied by an experienced English-speaking local tour guide, all entrance fees to national parks and monuments.

Transfers described as 'under your own arrangements' or by taxi, all excursions described as available options, local Airport departure taxes, travel, personal expenses, tips and gratuities. 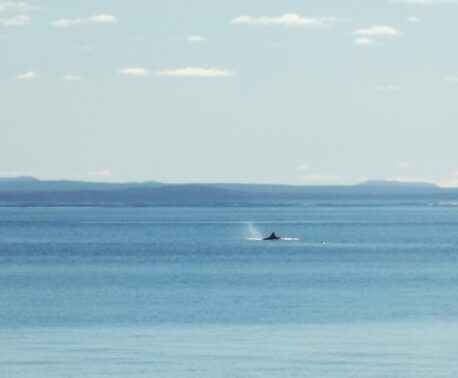 A pod of Orcas passed by the coastal reserve of Estancia la Esperanza in Argentina, a reserve protecting the Coastal …